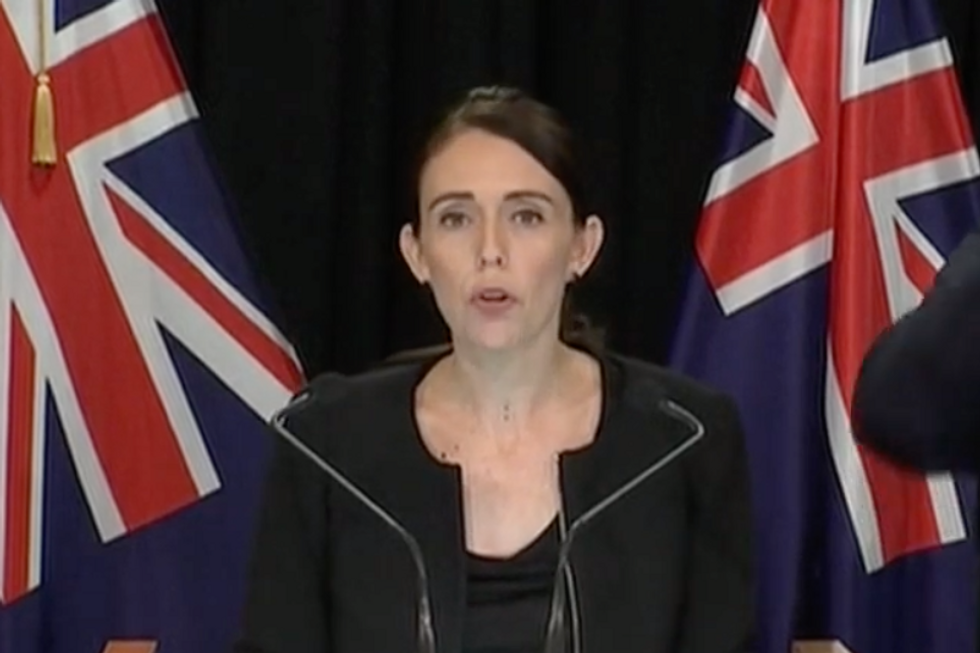 New Zealand Prime Minister Jacinda Ardern spoke with President Donald Trump on Friday in the wake of the horrific attack at two mosques in Christchurch that is believed to have killed 49 people.

In recounting her conversation with Trump, she said: “He very much wished for his condolences to be passed on to New Zealand."

She continued: "He asked what support the U.S. could provide. My message was sympathy and love for all Muslim communities.” When asked what his response was, she said, “He acknowledged that and agreed.”

But despite agreeing to the request on the phone, Trump didn't follow through. When Trump held a public event on Friday in the Oval Office and addressed the devastating attack, he was seemingly unable to share the "love" and "sympathy" for all Muslim communities that Ardern had requested.

In his statement about the attack, he expressed sorrow for New Zealand without mentioning Muslims directly at all:

Here's the transcript of Trump's remarks on the massacre of Muslims in New Zealand: https://t.co/ULmXAs1LhD
— Daniel Dale (@Daniel Dale)1552681314.0

His earlier comments had also omitted any mention of Islam, Muslims, Islamophobia, or the white nationalist bigotry that inspired the attack. On Twitter, he continued to direct his concern specifically to New Zealand — even saying "We love you New Zealand!" — without honoring Ardern's simple request of reaching out to Muslims in particular.

It may seem like a quibble, but Ardern's request was quite direct, and Trump actually seems to be bending over backward to avoid expressing sympathy for Muslims. There's a pernicious logic behind this choice: For Trump, Muslims are the aggressors, not victims. He spent his entire presidential campaign and much of his presidency. spreading disinformation and bigotry about Muslims, and to acknowledge that they too can be victims — and victims of a white supremacist ideology that he embraces — would undermine the rationale for his rise to the presidency. He's even made policy based on this hateful campaign against Muslims.

But this rhetorical choice is dangerous. It sends a clear signal of approval to bigots like the perpetrators of the heinous terrorist act in Christchurch. And for the less extremist among Trump's supporters, it gives them license to disregard to dangers of Islamophobia.

And when Trump continued in the press event to celebrate his national emergency declaration that continues to stoke unnecessary fears about the border — fears which he has repeatedly tried to tie, erroneously, to threats from Muslim terrorists — he continued to fan the flames of white supremacy and anti-immigrant hostility. He even invoked the hateful language of an "invasion" at the border during the event — the exact word the suspect in the Christchurch attacked is believed to have used to describe his fear of Muslim immigrants.