New report digs up Tucker Carlson's wildly racist radio comments: 'They can just shut the f**k up and obey' 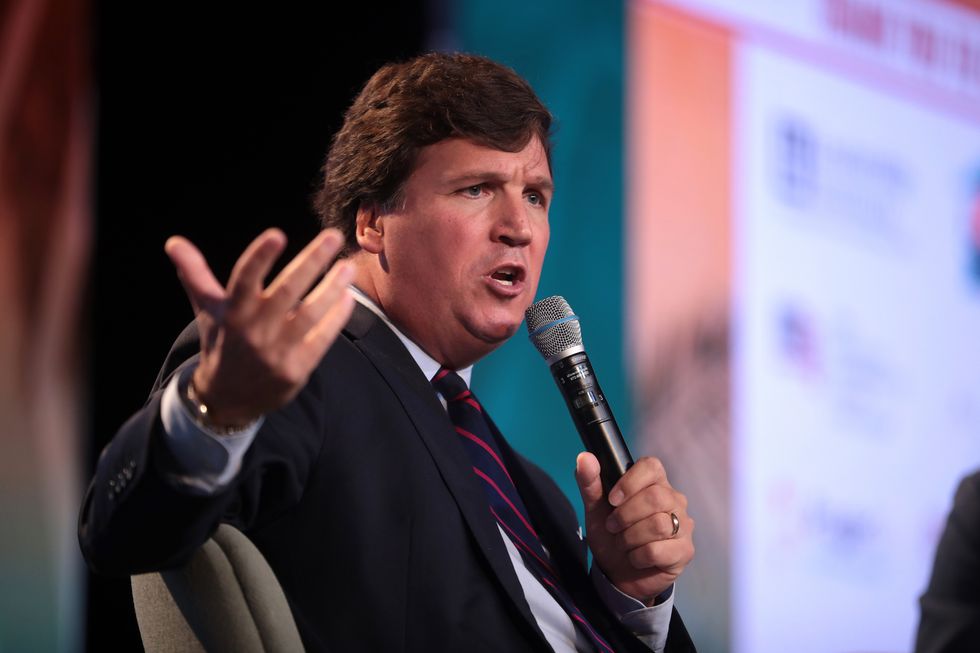 Fox News host Tucker Carlson referred to Iraqis as "semiliterate primitive monkeys" who should "just shut the fuck up and obey us" in recordings posted Monday night by Media Matters.

The recordings were part of a larger dump of clips showing Carlson's racism toward a number of groups. The comments came between 2006 and 2011, during which time Carlson was a frequent call in guest to "The Bubba the Love Sponge Show." Carlson was a contributor to both Fox and MSNBC during those years, joining Fox in 2009.

Monday's revelations followed a story Sunday evening from Media Matters that detailed multiple statements from Carlson about women, rape, and underage girls. Carlson's reaction to that story was proudly unrepentant:

Media Matters caught me saying something naughty on a radio show more than a decade ago. Rather than express the usual ritual contrition, how about this: I'm on television every weeknight live for an hour. If you want to know what I think, you can watch. Anyone who disagrees with my views is welcome to come on and explain why.

This is a breaking story, and Carlson has not, at press time, responded to the new recordings. If and when he does, we will include that comment.

Calling Iraqis "monkeys" is in contrast to Carlson's carefully cultivated image in recent years as a libertarian critic of both sides of the political aisle, particularly on matters of foreign policy. A number of left-leaning critics of American empire, including journalists Glenn Greenwald and Michael Tracey, and lawmakers  Rep. Ro Khanna (D-Calif.) and Rep. Tulsi Gabbard (D-Hi.), have either appeared on Carlson's eponymous show or promoted his work on social media.

Citing that reputation, popular Twitter user @Partisangirl defended Carlson, claiming that his comments were only being attacked because of a perceived pro-war stance.

Whatever Carlson's real views on war and empire, the genesis of Carlson's "anti-war" bona fides does not appear to be based in anything close to liberal or left principles. In a number of clips released Monday, Carlson disparaged the Iraqi people to Bubba the Love Sponge and his co-hosts and implied that most—if not all—of the blame for postwar chaos in the country was due to their culture.

"You know, I'm not defending the war in any way, but I just have zero sympathy for them or their culture," Carlson said of Iraqis on May 30, 2006. "A culture where people just don't use toilet paper or forks."

"They can just shut the fuck up and obey, is my view," Carlson continued. "And, you know, the second we leave, they’re going to be calling for us to return because they can’t govern themselves."

On March 11, 2008, Carlson said that Iraq could be salvaged "if, somehow, the Iraqis decided to behave like human beings or something."

Carlson's view on the war was perhaps most clearly expressed, however, shortly before Barack Obama's election as president. On October 7, 2008, Carlson told Bubba and company that invading Iraq was a mistake because of the kind of people the Iraqis were—if indeed they were people at all.

"Iraq is a crappy place filled with a bunch of, you know, semiliterate primitive monkeys," Carlson said, "that’s why it wasn't worth invading."

For more clips of Carlson's appearances on "The Bubba the Love Sponge Show" and to hear more comments, see Media Matters reporting here.