'My father was his kryptonite': The View's Meghan McCain shred Trump after his weekend tirade against the late senator 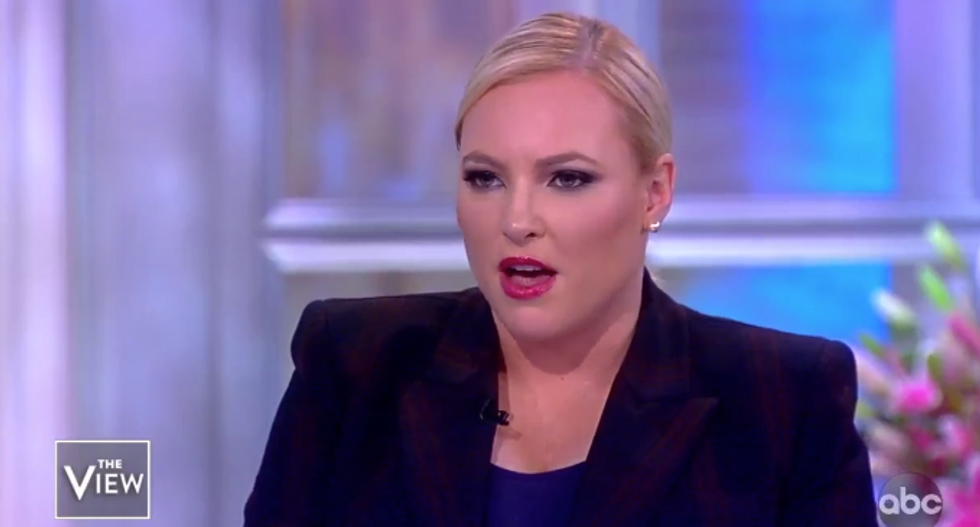 The View’s Meghan McCain on Monday ripped Donald Trump for “obsessing over great men you could never live up to” after the president over the weekend renewed his attack on the late Sen. John McCain.

Trump the weekend posted a series of tweets criticizing Sen. McCain for sharing a dossier alleging ties between the president and Russia. In one tweet, Trump claimed that “last in his class” Sen. McCain “sent the Fake Dossier to the FBI and Media.” In another, he called the dossier a “very dark stain” on Sen. McCain’s memory.

During a discussion about Trump’s attack on Monday, Meghan McCain offered a sharp critique of the president’s message. After admitting the conversation was “uncomfortable” for everyone, she posited that the president “spends his weekends obsessing over great me because he knows it, and I know it, and all of you know it: he will never be a great man.”

While reminiscing about spending time with her father before his death, McCain told Trump, “your life is spent.. obsessing over great men you could never live up to.”