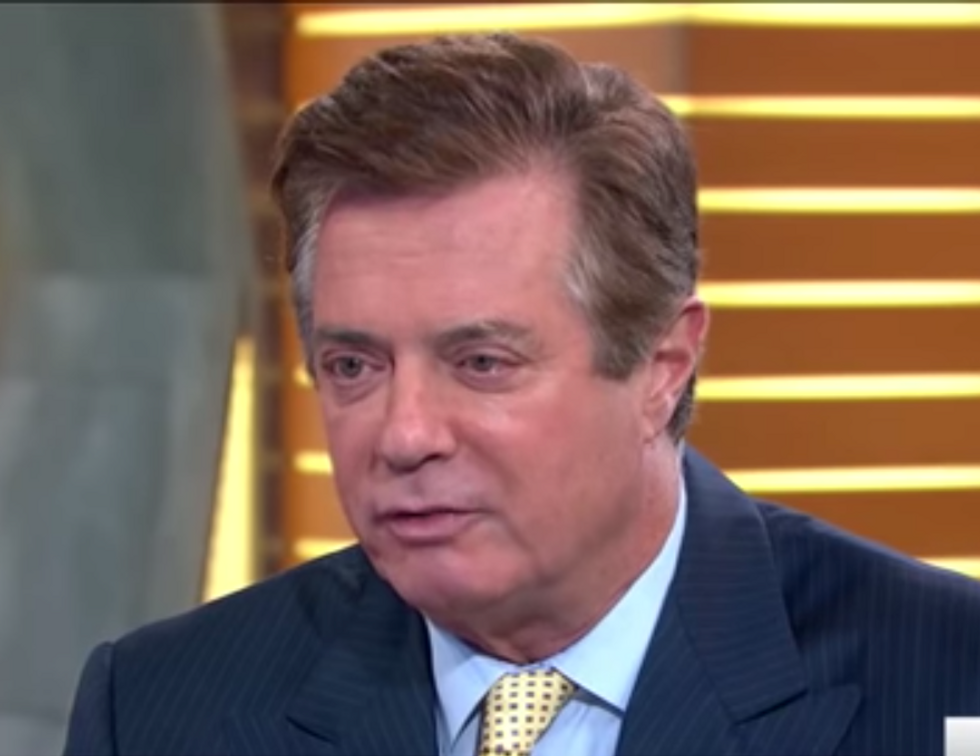 No sooner had Judge Amy Berman Jackson sentenced Paul Manafort to an additional 43 months in prison on Wednesday (on top of the four-year sentence imposed by Judge T.S. Ellis III last week) than the office of Manhattan District Attorney Cyrus Vance announced that a grand jury had indicted President Donald Trump’s former campaign chair on 16 criminal charges tied to mortgage fraud and conspiracy.

While Trump has the power to pardon Manafort for the federal crimes he has been convicted of or pled guilty to, the president cannot grand pardons at the state level—as legal analyst Jed Shugerman has noted. Shugerman, however, now believes there could be serious double jeopardy problems with Vance’s prosecution.

The fact that these concerns are coming from Shugerman (who is no fan of Trump or Manafort) says a lot: in a July 2017 article initially posted on his blog and republished by Slate, he recommended state-level prosecutions as a backup plan in case Special Counsel Robert Mueller were fired and Trump was intent on “pardoning anyone and everyone in his circle.” But in a new Slate piece, Shugerman outlines some of the reasons why he now believes Vance’s prosecution is problematic from a double jeopardy standpoint.

"Double jeopardy" is the legal concept dictating that a person cannot be charged for the same crime more than once.

Shugerman asserts that when Vance’s office announced the state-level charges against Manafort, the Manhattan DA was “quickly showered with praise, including, initially, from me.” But Shugerman quickly adds that “after more closely reading the indictment,” he has determined that “most of the charges seem to violate New York’s double jeopardy law.”

According to Shugerman, there is too much “overlap” between Vance’s charges against Manafort and the federal charges that Manafort was convicted of in Alexandria, Virginia on August 22, 2018. Shugerman explains that many of the charges coming from Vance’s office, “leaving just four or five more minor charges" the state is likely to be successful in pressing against the former campaign.

Shugerman goes on to say that New York State has “one of the most stringent” double jeopardy laws in the U.S. and that in New York State, the “jeopardy” part “attaches after a guilty plea, a conviction or an acquittal.” The legal analyst observes, “Even though presidential pardons don’t affect state law, federal prosecutions do affect state law in states with such double jeopardy rules—and that creates a kind of immunity if a pardon is strategically timed after the conviction.”

Shugerman points out that in August 2018, Manafort “was convicted of defrauding Citizens Bank for a $3.4 million loan on his New York condo on Howard Street…. The new indictments under the state’s mortgage fraud statutes appear to be primarily about this same transaction. At least nine of the 16 counts, and seemingly 11 or 12, are related to a completed loan in 2016 for the same Howard Street condo.”

Shugerman argues that Vance’s case is “politically risky” because Trump “takes advantage of any opportunity to attack the legitimacy of these investigations, generally through distortions and outright lies. Why provide a legitimate excuse to attack the extensive case against Paul Manafort?”

Shugerman concludes his Slate article by hoping that Vance will drop the charges he believes pose double jeopardy concerns.

“The case against Manafort is not just about winning and maximizing punishment,” Shugerman stresses. “It is about higher principles of fairness and justice. Vance’s office has time to reaffirm those principles by dropping these doubled-up charges.”