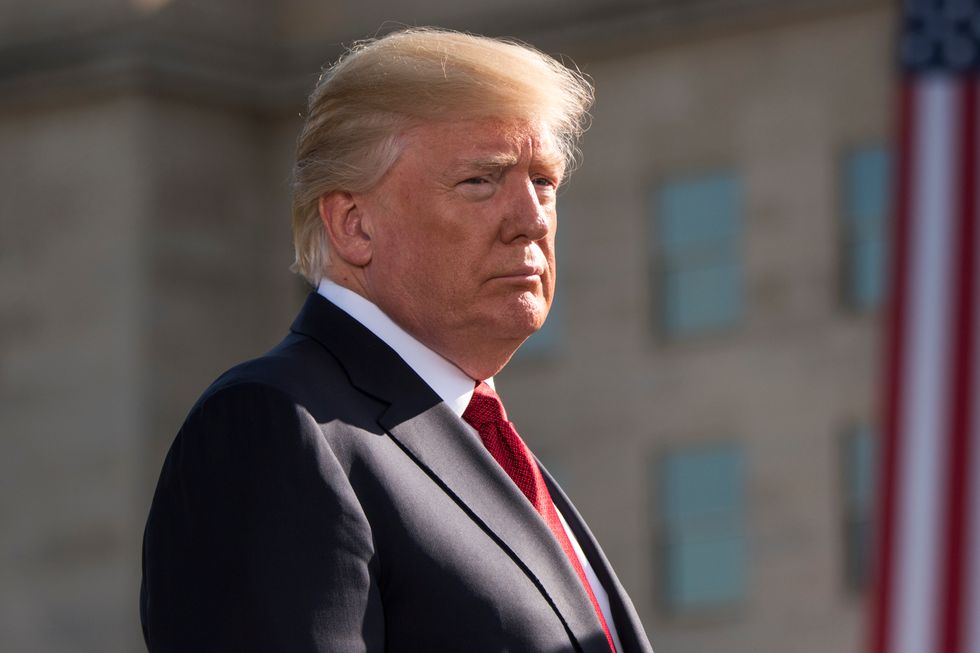 To drum up support for his anti-immigrant agenda, President Donald Trump often hypes up fears about human trafficking, describing vivid scenes of women with tape over their mouths and taped up in the back of vans — stories of highly dubious veracity.

"Six trafficking experts from around the U.S. told the Star that they had met no trafficking victims who had suffered anything like the experience Trump described," reported the Toronto Star's Daniel Dale. "These experts said such border kidnappings might occur on rare occasions but are, at most, extremely uncommon — a tiny fraction not only of all U.S. trafficking cases, many of which involve U.S. citizens who never cross a border, but of the subset of cases involving women brought in through Mexico."

But not only is Trump's understanding of the reality of human trafficking flawed, his invocation of the problem is also completely contrary to the spirit and intention of his own immigration policies.

Instead of being a champion for trafficking victims, his administration is, in fact, making their lives riskier and more difficult.

“The administration appears to view trafficking as a convenient tool to justify its border policies, rather than as a human tragedy to be seriously addressed,” Martina Vandenberg, head of the Human Trafficking Pro Bono Legal Center, told the Washington Post.

As MSNBC's Ari Melber argued in a power segment of his show "The Beat" Wednesday night, under Trump, the government has curbed a program started under President George W. Bush and continued under President Barack Obama that aimed to help trafficking victims by granting them special visas.

The program is pretty simple. The government provides protections for victims of trafficking who may not be in the country legally. That way, these people will not be afraid to escape from or report on those perpetrating crimes and holding them against their will, which further reduces the incentive for traffickers to break the law in the first place. It also means that the U.S. government won't pointlessly victimize people who have already been subject to some of the worst crimes possible.

Melber explained, though, that under Trump, even as the number of people applying for this protection has increased, the percentage of applications approved by the administration has fallen. In 2016, for example, 95 percent of applicants were accepted; by 2018, that number fell to 43 percent.

He also noted that the administration put out a notice telling applicants that if their applications for protection were denied, they could face deportation. This is another way the administration discourages trafficking victims from reporting the crime — which indirectly benefits the traffickers themselves.

This is "how the traffickers use the fear of that deportation to prevent these victims — again, these millions of global victims of sex trafficking — from ever running away in the first place," Melber said.

In light of these facts, it is all the more disgusting that Trump uses bogus stories about trafficking to stoke fears about immigrants. He doesn't actually care about the victims of these crimes — if he did, he might show the faintest interest in why his Labor secretary is accused of giving a sweetheart deal to a man accused of large-scale child sex abuse — he only cares about exploiting them for fearmongering lies he can spew on television.