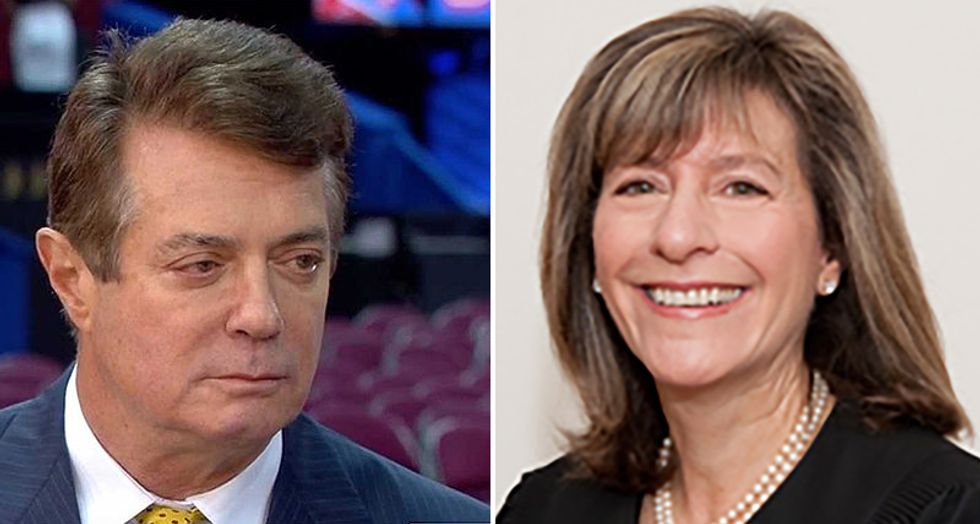 Manafort received a surprisingly light four-year sentence last week from Judge T.S. Ellis III on fraud charges, but Jackson imposed an additional 43 months — for a total of 90 months, or seven and a half years.

Jackson laid into Manafort, who had begged for mercy, saying that he had already learned his lesson, but the judge pointed out that he had been accused of committing crimes while jailed on previous charges.

“That is not reflective of somebody who has learned a harsh lesson,” Jackson said. “It is not a reflection of remorse, it is evidence that something is wrong with sort of a moral compass, that somebody in that position would choose to make that decision.”

She took an apparent shot at Ellis, who had said Manafort had lived an “otherwise blameless life.”

“The criminal conduct in this case was not an isolated, single incident,” Jackson said. “A significant portion of [Manafort’s] career has been spent gaming the system.”

Jackson also pointed out that Manafort had shown no remorse for the actions that had landed him in prison.

“At each juncture … Mr. Manafort chose to take a different path,” Jackson said. “He engaged in crime again and again, he has not learned a harsh lesson. He served to undermine, not promote, American ideals of honesty, transparency, and playing by the rules.”

Jackson then hit Manafort’s attorney for feeding the president’s narrative, saying that prosecutors had not addressed the issue of collusion in this case, and said that was still under investigation by special counsel Robert Mueller.

“The ‘no collusion’ refrain that runs through the entire defense memorandum is unrelated to matters at hand,” Jackson said. “It’s hard to understand why an attorney would write that … The ‘no collusion’ mantra is simply a non sequitur.”

The judge then issued what could be taken as a warning to anyone still facing potential charges related to the special counsel probe.

“Court is one of those places where facts still matter,” Jackson said.