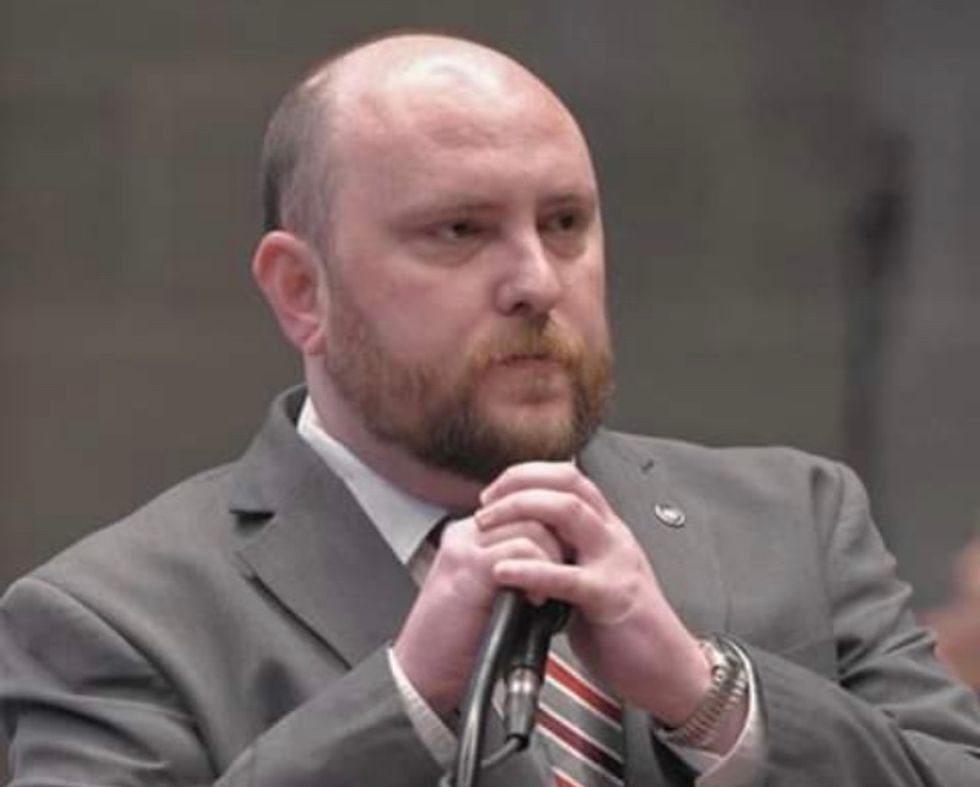 In the wake of the horrific massacre of Muslim congregants by a white supremacist at a mosque in Christchurch, New Zealand, one person who got way more attention than he originally bargained for was Andrew McDaniel, a three-term Republican state representative for Missouri's 150th state House district.

McDaniel, a former sheriff's deputy endorsed by the National Rifle Association, recently introduced the "McDaniel Militia Act," which would require all Missourians between the ages of 18 and 35 to own AR-15 style semiautomatic rifles, and appropriate $1 million in tax credits to help people purchase the weapons. In the aftermath of a horrific act of hate committed in part with legally-obtained semiautomatic weapons, McDaniel has received intense scrutiny from local television stations and newspapers, as well as national news. But according to the Washington Post, McDaniel says he doesn't actually believe everyone should be forced to buy an AR-15 — it was just a political statement to troll people.

He wants the tax credits for firearms purchases, but that part about requiring everyone to own a gun? It was a tactic to try to bait the left.

"I wanted the media and the other side to jump on it, to show that our Second Amendment rights are under attack," McDaniel said. "I don't actually support mandates, hardly ever."

McDaniel added that he did not expect the level of attention he got, because of the timing of the Christchurch mass shooting.

The United States actually used to have laws like this, back when there was no permanent standing army. The Militia Act of 1792 required all able-bodied men between the ages of 18 and 45 to enlist in the militia and that "every citizen, so enrolled and notified, shall, within six months thereafter, provide himself with a good musket or firelock ... or with a good rifle."

But even back then, there were a number of gun control laws — many states in the 18th century restricted the carrying of guns, required registration and inspection, and had laws on particularly dangerous weapons. And of course, nothing at time was as devastating as the AR-15, which would not be invented until the 1950s.

New Zealand is not so hampered by arguments over gun rights as America. The country has already announced it will be restricting semiautomatic weapons in response to the Christchurch tragedy.

By contrast, gun politics is more fraught in the United States. After the Parkland school shooting last year, some U.S. states have passed new gun restrictions, including tougher age limits to purchase rifles and "red flag" laws to disarm people with protective orders against them. Other states, however, are moving n the opposite direction, with Kentucky advancing a bill to allow permitless carry.