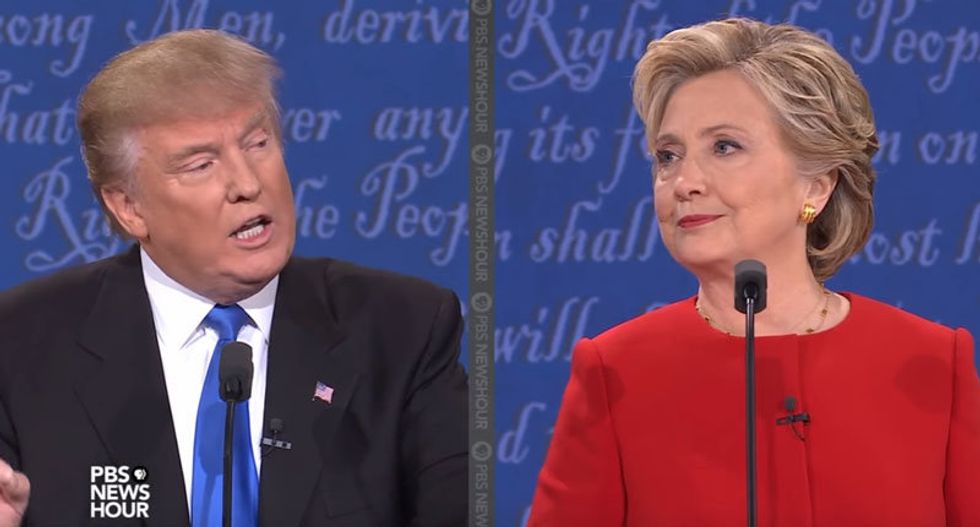 There’s new momentum around the National Popular Vote movement, where states will award Electoral College votes to elect the president based on which candidate has won the most votes nationwide—instead of today’s state-by-state winner-take-all system.

“It does have new momentum, because there was a [recent] period starting with the second Obama election when Democrats bought into this blue-wall theory” that their political party had a lock on the White House, said John Koza, a former Stanford University scientist who co-founded the National Popular Vote project in 2006.

The reform is based on states joining an interstate compact, a legally binding vehicle where states make agreements among themselves despite a national federal government. In this case, states, which the U.S. Constitution empowers to oversee its Electoral College process, agree to award their presidential votes to the national popular vote winner. As of early 2019, the project was two-thirds of the way toward reaching the threshold needed for a 270-vote Electoral College majority, but more states are poised to join.

Last week, Delaware’s Senate passed legislation to join the compact, and sent that bill to its House where it has passed twice before. In Colorado, where one legislative chamber was first to pass National Popular Vote (NPV) legislation in 2006, a compact bill recently passed both chambers and is heading to a governor ready to sign it. New Mexico’s Senate just passed the bill and sent it to its House. A bill currently has bipartisan support in Michigan and Oregon.

Currently, 12 states with 172 Electoral College votes have joined the compact (CA, CT, DC, HI, IL, MA, MD, NJ, NY, RI, VT, WA). Another 10 states with 89 Electoral College votes have bills in the legislative process (AR, AZ, DE, ME, MI, NC, NM, NV, OK, OR). This first group of states is politically blue, while the second group, which until recently included Colorado, has some purple states—meaning both major parties are vying for governing power—and some red states.

The movement is not just borne of the frustration that national popular vote winners—such as 2016’s Hillary Clinton—are not being elected president. The Electoral College’s winner-take-all system of selecting presidential electors (who meet in mid-December to cast the votes electing the next president) has created a pattern where campaigns focus on a few swing states to the exclusion of most of the nation. Thus, Republicans in blue California and Democrats in red Texas do not cast presidential votes that count. In a popular vote system, every vote in every state and territory would matter.

There is a narrative in commentary circles that the National Popular Vote system would benefit Democrats, as evidenced by states that first adopted the reform—mostly coastal blue states—and noting that Colorado’s recent passage was on a Democratic party-line vote. However, Koza counters that perspective not really the full picture or correct, because state legislative chambers ruled by both parties have gravitated to the measure when the president was from the opposing party—just as those same parties took no action on the reform when they believed that their side would hold the presidency into the foreseeable future.

“The only reason it’s possible is that neither party can come up with a convincing explanation as to why it’s a systemic advantage or disadvantage,” he said, reflecting on the varying waves of support during the past 13 years. “There’s a lot of hand waving that goes on. But if you really press people, the Democrats, they got swept up on this blue wall theory [after Barack Obama won]. The truth is the Republicans in ’89 coined the term ‘Electoral College lock,’ because they were convinced they had a permanent lock on the presidency. Of course, the next two elections went to Bill Clinton. This is part of the self-delusion that both political parties engage in.”

Koza points out that legislative chambers in blue states took no action when Obama was president—whereas some GOP-controlled chambers did pass NPV legislation, or there were bipartisan majorities in single chambers sponsoring legislation to join the compact. However, single-chamber support didn’t necessarily lead to passage of the bill, leading some analysts to overly conclude that an NPV system would benefit Democrats.

“The attitudes of both parties have flip-flopped during the 13 years we’ve been working on this,” he said. “When we started, George W. Bush was still in office. Then, when there was the 2008 election, the very first roll call [votes] after that, we started getting a third of the Republicans [supporting NPV]. There was a roll call in Michigan, and there was one like it in Oregon and a couple of other places. Then after Obama won twice, the Democrats got into this notion that they had a lock on the White House.”

“None of these people [legislators] like to think that they are thinking about politics, but the fact is we couldn’t get it through the New York Assembly, which was Democratically controlled, couldn’t get it through Connecticut, and a couple of other places that were Democratic,” he said, citing the Obama years. “And then Republicans started getting interested, such as in Oklahoma. In Georgia, we had 47 of the 56 senators sponsor our bill, a supermajority of both parties, and it got out of committee unanimously in Georgia and Missouri. That’s obviously bipartisan, obviously Republican-controlled places.”

“And then the Trump election came along and then a lot of Republicans said, ‘Gee, this is working pretty good for us,’” Koza continued. “As you see now, more Democratic places are picking up on it. So parties have gone through three different phases of the moon.”

The main attraction of a national popular vote system is that it would change the way that presidential campaigns are conducted—moving them onto more of a national stage—and emphasize that every vote counted, no matter where it was cast.

“That is what we think is the single most important feature of this,” Koza said. “There would be no battleground states. Every voter would count equally across the country, and every voter’s vote would directly count toward his presidential candidate getting the most votes—or failing to get the most votes. But every voter’s vote would directly count toward his candidate. Right now, because of these state-winner-take-all rules, it not only creates this distortion where only a dozen states are battleground states, but it suppresses the minority’s vote in every state.”

The National Popular Vote compact is not the only measure seeking to address the nation’s founding documents and foundational strictures.

However, the National Popular Vote compact is seen as the most expedient way to reform the Electoral College system—as opposed to passing a federal constitutional amendment or convening a constitutional convention.

In recent years, there have been notable developments concerning constitutional conventions; however, the momentum in these efforts has reversed course. The most successful campaign peaked a few years ago when 32 out of the 34 states needed passed legislation calling for a constitutional convention to write a balanced budget amendment. However, after scholars and others argued that a modern constitutional convention would likely spin out of control—and broach topics of interest to select donors and narrow partisan lobbies—four of those states have since rescinded their convention applications.

One can wonder if the National Popular Vote’s new momentum will be met by renewed vigor on the Article V front. While that scenario remains to be seen, the only certain thing that can be said about the prospect of using an interstate compact to bypass the Electoral College is should sufficient states join, the plan would be challenged in federal court.

Patrick Valencia previewed that challenge in a Harvard Journal on Legislation article, writing, “It is true that the Constitution allows state legislatures to bind their own slate of electors, but such action still must be compatible with the historical understanding of the electoral procedures in the Constitution, and thus must be consistent with the principles of process and product federalism.”

Koza, nonetheless, is optimistic that the country is edging toward a national popular vote presidential system, saying the reform’s legal language has not changed, has been widely vetted by legislators and legal counsel, and has come a long way in 13 years.

“It’s the exact bill it was for 13 years,” he said. “I don’t know that 13 years is a long time in terms of taking a totally new idea and getting it passed on the national level. I don’t know how many other things have moved quicker. Obamacare arguably took 100 years from when Teddy Roosevelt proposed health care for everybody, and even Obamacare didn’t get there. So in the context of the legislative and deliberative process, I think we are moving along nicely.”