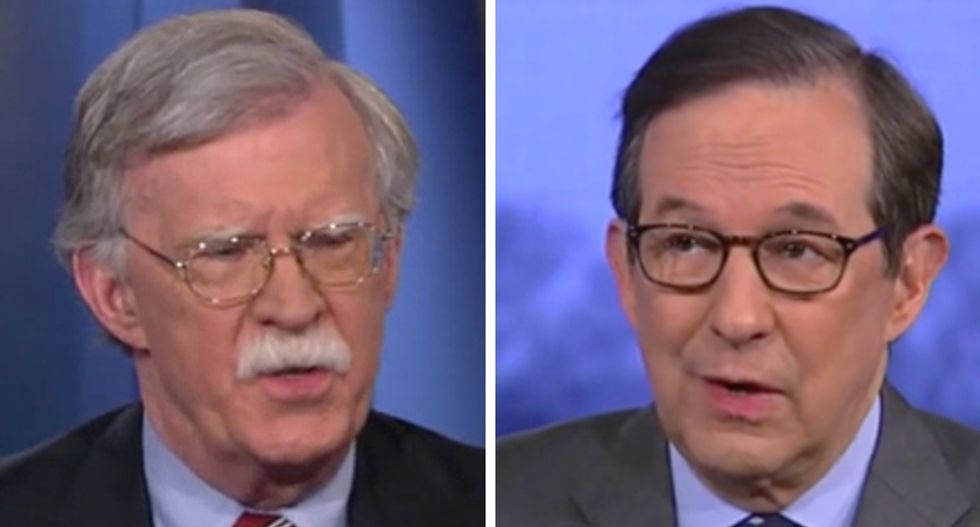 The exchange happened on Fox News Sunday. “Following the failed summit in Vietnam, where does diplomacy stand between the U.S. and North Korea,” Wallace asked Bolton.

“I don’t agree at all that it was a failed summit,” Bolton insisted. “I think the obligation of the president of the United States is to defend and advance American national security interest and I think he did that that.”

Bolton then argued that the president’s unique approach to North Korea will prove victorious.

“Why not?” Bolton asked. “Traditional diplomacy has failed in the last three administrations.

“You would agree that it’s failed so far with you too?” Wallace asked.

Bolton insisted it’s only been “eight months” before insisting US-North Korea relations aren’t “any any worse shape than they were in past administrations.”

Watch the video, below: