Former US attorney for the Southern District of New York makes the case for indicting a sitting president: 'It's a policy — it's not the law' 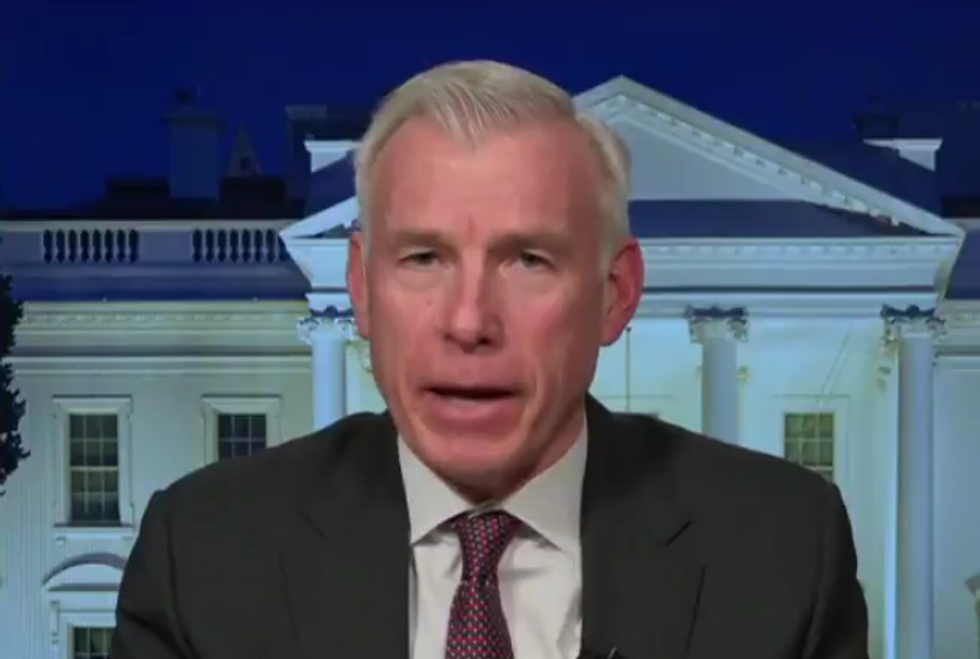 Can a sitting president be indicted?

The question has been thrown around a lot with President Donald Trump in the White House, and multiple investigations progressively finding more and more illegal behavior in the president's inner circle. The prevailing narrative, however, has been that a sitting president is immune from prosecution and the only avenue for punishing presidential crimes is impeachment — which is backed up by a Justice Department memo warning that indicting the president would "unconstitutionally undermine the capacity of the executive branch to perform its constitutionally assigned functions."

But not so fast, says David Kelley, former U.S. Attorney for the Southern District of New York under President George W. Bush, the same district where federal prosecutors are currently investigating Trump's business dealings with his former attorney Michael Cohen.

As Kelley explained to MSNBC's Ari Melber on Thursday, there is no hard and fast rule that forbids a president from being indicted — and that he, personally, would consider throwing out Justice Department etiquette if the accusations against a president were serious enough.

"It's a policy, it's not the law," said Kelley. "Policies can be bent, policies can be broken. And I think it's going to depend on the facts and the gravity of the offenses, if any, that they find."

"I gotta push you then," said Melber. "If you were back in that office — I'm not naming a president, say any president. President Johnson. President X. Would you have considered that a potential option on the table?"

"Sure," said Kelley. "I mean, certainly — look, I think the people who are the prosecutors are going to be the ones who are really going to be pushing to say, look, this is really bad, and the person should be prosecuted and here's why. On the other side of the coin, they may find some fairly minor offenses, and they said, they wouldn't push up against the policy."

"If he went ahead and committed murder on Fifth Avenue like he says you could get away with, I don't think he would, policy or no policy," added Kelly. "So let's see how this plays out."

Former U.S. Attorney for SDNY says despite DOJ policy, he would have considered indicting a sitting President, depending on the charge: pic.twitter.com/bssFc31VA3