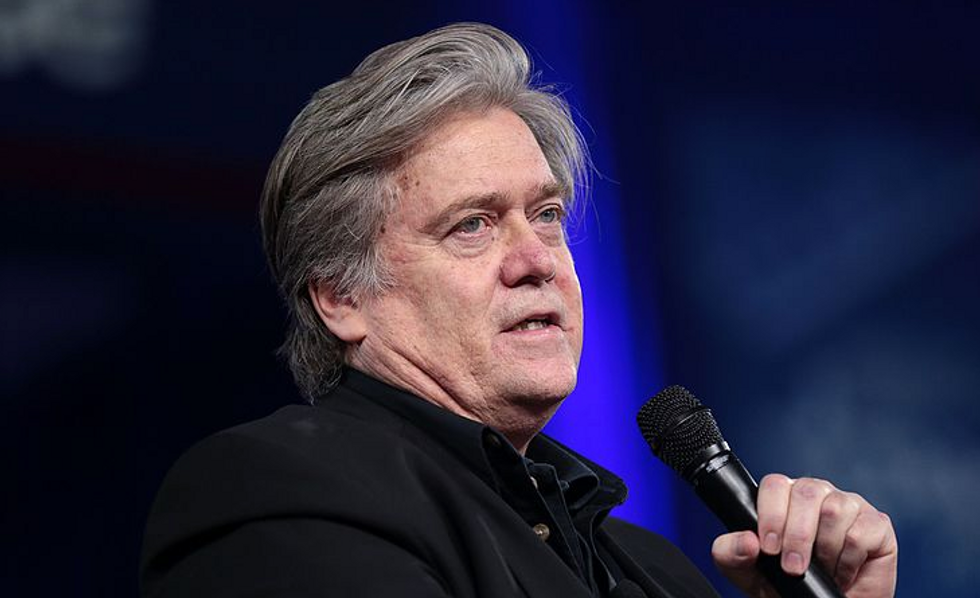 Former Deputy National Security Adviser K.T. McFarland and other aides in the White House appear to have worked on a plan to "transfer sensitive U.S. nuclear technology" to Saudi Arabia over unsecured emails, according to a new letter from the House Oversight Committee chair sent on Thursday.

The detail is one of many allegations in a broader letter about the White House's compliance with the Presidential Records Act, which has strict requirements about how administration officials should conduct and record official business. The letter, signed by Rep. Elijah Cummings (D-MD), said that the committee has been investigating concerns about the White House's use of private email and messaging apps, including use by President Donald Trump's son-in-law and top aide Jared Kushner.

Trump and his supporters emphasized the issue of administration messaging and recordkeeping practices in the 2016 campaign in light of the investigation of Hillary Clinton's use of private email when she was secretary of State.

But the new revelation that Trump administration officials were working on a plan to transfer "nuclear technology" to Saudi Arabia is a remarkable development, given the continuing scandal of the White House's twisted relationship with the authoritarian regime.

The letter noted that McFarland's discussion of the plan, using an AOL email address, was done in coordination with Tom Barrack, who is described as "a personal friend of President Trump and the chairman of President Trump’s inaugural committee."

Cummings also said that Steve Bannon, the president's former top strategist who has left the White House, may also have been involved. One email "appears to show that Steve Bannon, former White House Chief Strategist, received documents pitching the plan from Mr. Barrack through his personal email account," according to the letter.

These communications appear to be sent while Mr. Bannon worked at the White House in order to inform Mr. Bannon’s official work relating to developing “broader middle east policy.”

These communications raise questions about whether these officials complied with the Presidential Records Act and whether the White House identified this personal email use during its internal review and took steps to address it. The Committee has jurisdiction over the Presidential Records Act and our oversight over compliance with the law will inform whether additional changes to strengthen the law are necessary.

McFarland no longer works at the White House. At the time of the emails in question, she served under National Security Adviser Michael Flynn, who was since ousted, indicted, and charged with lying to the FBI by Special Counsel Robert Mueller and accused of working as an unregistered foreign agent.