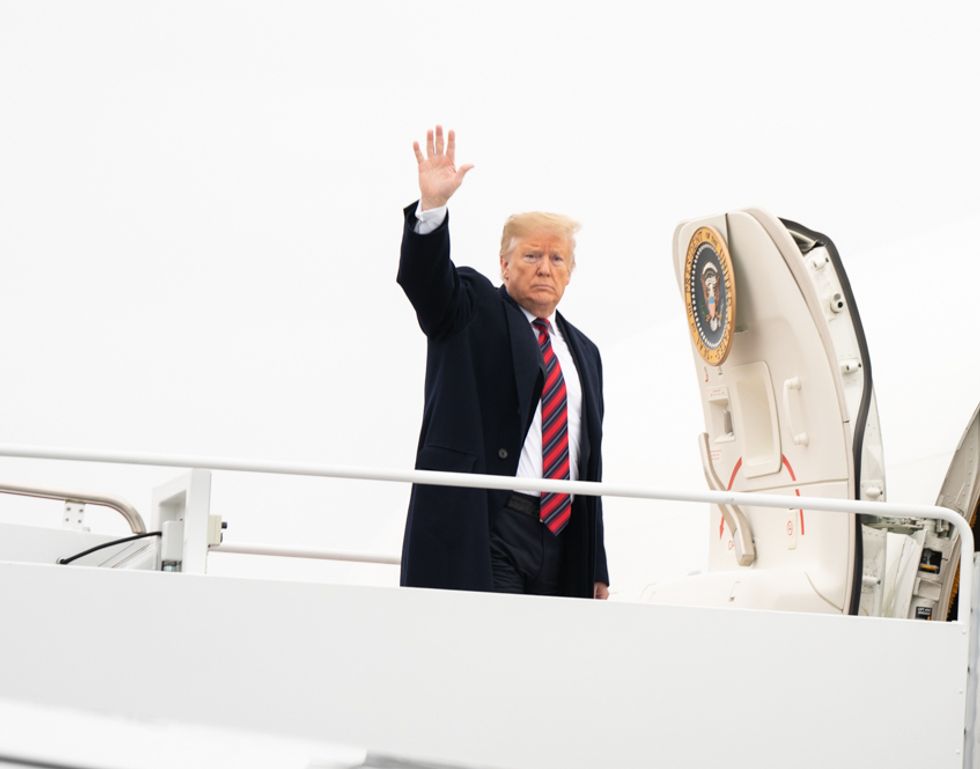 President Donald Trump's reaction to the mosque massacre in Christchurch, New Zealand,  showed that he is either unable or unwilling to properly sympathize with — and indeed, protect — Muslims across the globe and even in his own country.

Asked by New Zealand's prime minister on Friday to show "love and sympathy for all Muslim communities, " he instead continued to stoke fears and spread inflammatory tropes about immigrants, exactly the kind of hatred believed to be behind the Christchurch attack.  Then over the weekend, he unleashed a wild tirade of tweets attacking different targets, though never white nationalism, and demanded that Judge Jeanine Pirro be allowed to return to Fox News after her Islamophobic comments the week before.

In a new Washington Post op-ed Monday, conservative writer Jennifer Rubin noted that, in this respect, Trump is actually guilty of the sin that Republicans so often accused President Barack Obama of:

A president refuses to identify the ideological roots of terrorists. He claims that television media or his political opponents exaggerate the threat. He spends far more time and money on non-threats or marginal threats than on protecting the American people from violent extremists. He fails to fully coordinate our anti-terror efforts with foreign allies. His own rhetoric makes it sound like the terrorist have legitimate grievances.

That was the right’s critique of President Barack Obama, but it’s an accurate assessment of President Trump’s refusal to assess and combat white-nationalist violence. He won’t even call the phenomenon by its name.

She added: "Trump’s reaction to white-nationalist terrorism is part of a pattern in which Trump’s bizarre misconceptions about the world and desire to please a fringe element in his base prevent him from protecting U.S. national security interests."

Of course, this has long been obvious. The Post's Philip Bump also documented Monday how Trump has repeatedly responded differently to terrorist attacks committed by Muslims and terrorist attacks committed against Muslims. He has little interest in commenting on or denouncing attacks that don't fit his narrative of a Western society under attack from the Islamic world. Though he sometimes finds himself cornered and must denounce white supremacy (usually in addition to hate "in all its forms"), his reluctance and lack of interest in the subject is clear.

Rubin argued that for Republicans who prioritize national security concerns, this should be a damning fact about the president. In addition to his disinterest in the safety of Muslim Americans and the threat of white supremacy, he has also alienate allies, engaged in pointless trade wars, cozied up to the Russian government, attacked federal law enforcement, and "replaced expert, competent advisers with yes-men and weaklings," she argued. He is, quite simply, unfit to keep the country safe.

Rubin's solution? Embrace a primary challenge to Trump from a Republican who recognizes the president's failures — such as Maryland Gov. Larry Hogan.

"Whatever Trump’s motivations, he is so intellectually and temperamentally unfit that he is incapable of behaving in ways that promote our national security interests," she said. "Republicans can thank him for increases in defense spending as they send him off into political retirement."