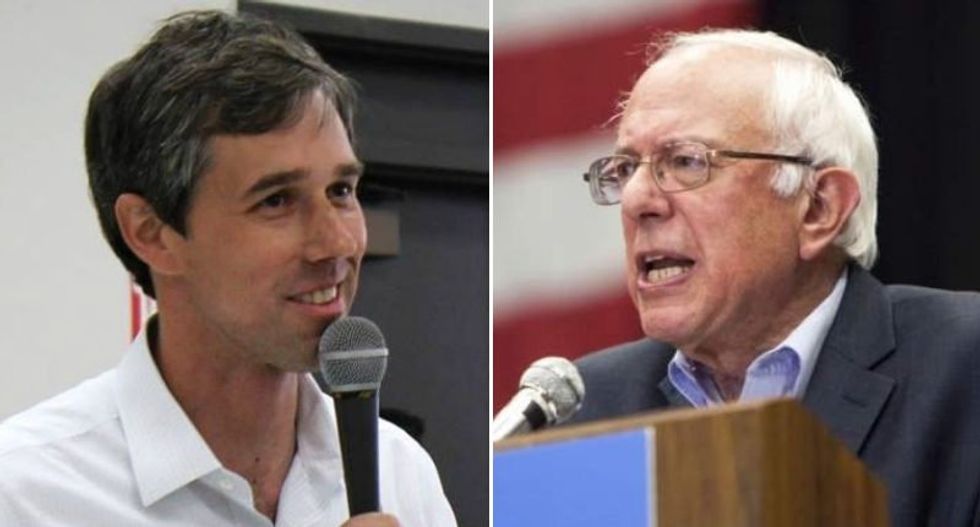 By Alex Samuels, The Texas Tribune

"Beto O'Rourke raises $6.1 million in first 24 hours — beating Bernie Sanders and all other 2020 contenders" was first published by The Texas Tribune, a nonprofit, nonpartisan media organization that informs Texans — and engages with them — about public policy, politics, government and statewide issues.

Beto O'Rourke raised $6.1 million for his presidential campaign in his first 24 hours as a candidate, beating every other 2020 Democrat who has disclosed first-day figures, according to his campaign.

The haul surpasses that of U.S. Sen. Bernie Sanders, I-Vt., who raised $5.9 million in the 24 hours following his campaign launch.

O'Rourke's campaign said the $6.1 million came from online contributions. He also said that he didn't take any PAC money, and that he received contributions from every state and territory in the nation.

“In just 24 hours, Americans across this country came together to prove that it is possible to run a true grassroots campaign for president — a campaign by all of us for all of us that answers not to the PACs, corporations and special interests but to the people,” O’Rourke said in a statement.

Candidates are not required to disclose their one-day hauls. Still, O’Rourke’s $6.1 million is an eye-popping number — especially when compared to the other Democrats who have already announced their first-day figures. U.S. Sen. Kamala Harris of California raised $1.5 million in the first 24 hours as a candidate. U.S. Sen. Amy Klobuchar of Minnesota, meanwhile, raised $1 million within the first 48 hours of her campaign.

Expectations for O’Rourke’s one-day figures were high, especially after he shattered Senate campaign fundraising records and raised a total of $80 million last year in his race to unseat Ted Cruz. O’Rourke’s decision to not immediately release the 24-hour fundraising number last week had raised questions about whether he had had a successful haul. During a three-day Iowa trip, he repeatedly declined to share the figure with reporters, at one point acknowledging he was choosing not to.

O’Rourke formally entered the presidential race Thursday morning. In the video announcing his candidacy, O'Rourke said he will travel the country before returning to El Paso on March 30 for a kickoff rally.

This article originally appeared in The Texas Tribune at https://www.texastribune.org/2019/03/18/beto-orourke-bernie-sanders-2020-fundraising/.