'Be stupid': These are the most outrageous details in the college admission cheating investigation 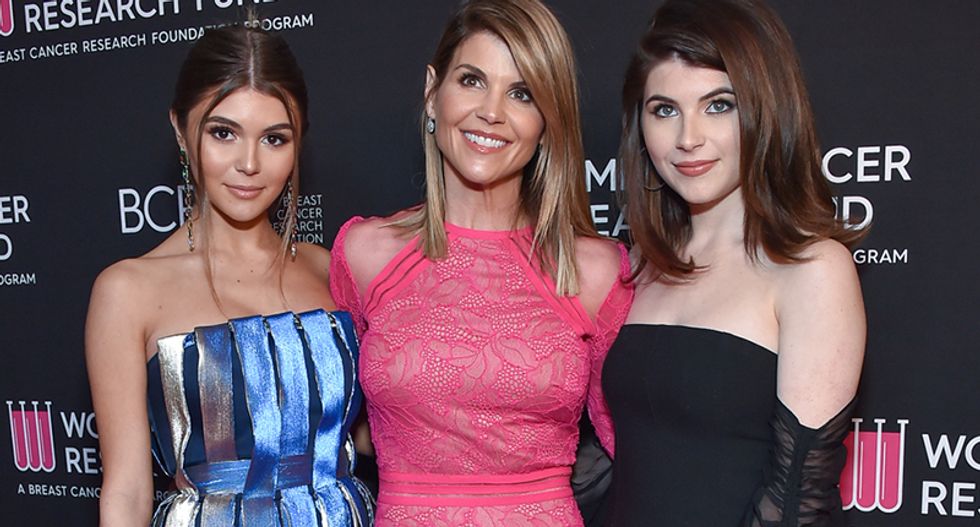 It became clear almost instantly that the college admissions scam, also known as Operation Varsity Blues, went beyond the usual tactics rich people rely on to get their unqualified children into top schools. These weren't cases of legacy admission — a scam in itself — and as Andrew Lelling, U.S. attorney for the District of Massachusetts, said, "We're not talking about donating a building so that a school is more likely to take your son or daughter. . . We're talking about deception and fraud."

Federal prosecutors charged 50 people in the "largest college admissions scam" that the Department of Justice has ever uncovered, among them, actresses Lori Loughlin and Felicity Huffman, as well as dozens of other wealthy parents, multiple ACT/SAT administrators, nine athletic coaches and several others. The "large-scale, elaborate fraud" focused on admission into elite schools like Yale, USC, Georgetown, Stanford, the University of Texas, and UCLA, according to the FBI.

William Singer is at the center of the scandal, founder of the college preparatory business called the Edge College & Career Network, and referred to as The Key. Parents paid Mr. Singer about $25 million from 2011 until February 2019 to bribe coaches and university administrators to designate their children as recruited athletes, which effectively ensured their admission, according to the indictment," the New York Times reported.

The unsealed affidavit reveals in elaborate detail how this scheme operated for almost a decade, the enormous price tag of it all, and as my colleague Mary Elizabeth Williams wrote, the myth of meritocracy and the conflation of wealth with intellect.

Here are the most bizarre revelations, per the court documents:

1. Parents were instructed to lie and say their kids had learning disabilities

The person referred to in the affidavit as "cooperating witness-1" allegedly told parents to secure extra time for their kids to take standardized college entrance exams by falsely claiming that their children had learning disabilities and to obtain the needed medical documentation to do so. Then, the students would be given accommodations to take the test in an "individualized setting," sometimes over two days and with only a proctor. CW-1 also told the parents to have their kids take the required entrance exams at one of two locations that he "controlled" and where administrators could be bribed.

From CW-1 via the court documents: "So here's what we need to do. And I think I mentioned this to your wife. We need to get your daughter tested for a learning difference, and let's say it's my person that does it, or whoever you want to do it, I need that person to get her 100% extended time over multiple days. So what that means is, we'll have to show that there's some discrepancies in her learning, which there's gotta be anyways. And if she gets 100%, Gordon, then, I own two schools. I can have her test at one of my schools, and I can guarantee her a score."

The report shows CW-1 telling at least one parent to tell their daughter "to be stupid" when getting evaluated. "I also need to tell [your daughter] when she gets tested, to be as, to be stupid, not to be as smart as she is," they said. "The goal is to be slow, to be not as bright, all that, so we show discrepancies."

2. Cheating on the college entrance exams

The court documents allege there were several ways parents cheated when it came to the actual test-taking of the ACT and/or SATs and in order to get their kids better scores: test administrators were bribed, and stand-ins were paid to take the exams for the students; someone would help the student take the test, giving them the answers; or a proctor would correct their answers after the student had taken it. Parents paid between $15,000 and $75,000 for these services. "We've been doing this for a long time," CW-1 told a parent.

3. Forging handwriting for the essay portion of the exam

If a stand-in planned to take a standardized test for a student, they would have to match their handwriting for the essay portion. According to the court filings, Jane Buckingham, the owner of a marketing firm in Los Angeles, paid Singer $50,000 for a stand-in to take the ACT in her son's place. She sent an email with a photograph of her son's handwriting with the note, "Good luck with this."

According to the court documents, payments to athletic coaches and administrators were designated as university donations and funneled through The Key, so athletic coaches would essentially recruit the paying parents' kids as athletes. Loughlin and her fashion designer husband Mossimo Giannulli are accused of paying $500,000 to CW-1 in order to have their daughters admitted to USC as crew recruits. Neither them had any prior involvement or experience in the sport.

Loughlin and Giannulli's daughter, Olivia Jade, is an Instagram influencer with 1.3 million followers and nearly 2 million subscribers on YouTube. In one particularly relevant video, Jade lamented the stress of balancing college with her social media career, saying, "I don’t know how much of school I’m gonna attend but I’m gonna go in and talk to my deans and everyone, and hope that I can try and balance it all." Jade continued, "But I do want the experience of like game days, partying. . . I don’t really care about school, as you guys all know." She later apologized for her insensitive remarks.

If students were to be recruited for athletics, then, they needed to appear to have athletic backgrounds. In one instance, CW-1 sent an email to a wealthy vineyard owner with his daughter's high school transcripts, falsified SAT scores and a robust athletic profile, which claimed she was a "3-year Varsity Letter winner" in water polo, as well as "Team MVP 2017." Included in the email was a doctored image of the daughter's face edited onto the picture of a real water polo player.

In another instance, CW-1 manufactured a football background for a student to increase their chances of getting into USC, even though the student's high school did not have a football team. During an exchange with the parent to discuss the student's fake position, CW-1 said "I’m gonna make him a kicker," to which the parent responded humorously, according to the affidavit, "He does have very strong legs."

In a different instance, a student who did not play soccer was recruited for Yale's women's soccer team. Singer instructed someone to "please create a soccer profile asap for this girl who will be a midfielder and attending Yale so she has to be very good." In her application, she was described as a star player and as co-captain of a prestigious club soccer team in California.

In another instance, CW-1 adjusted a student's college essay to appeal to Georgetown's tennis team and after allegedly bribing the university's tennis coach. According to the document, the student's personal essay did not mention tennis at all, but once CW-1 was finished, it read, "[B]eing a part of Georgetown women’s tennis team has always been a dream of mine. For years I have spent three – four hours a day grinding out on and off court workouts with the hopes of becoming successful enough to play college tennis especially at Georgetown."

And in another instance, CW-1 took to even altering students' heights. A basketball profile was created for a student trying to get in to USC and though he was 5'5, his athletic profile listed him as 6'1, according to the court documents.

6. How did the fake athletes play?

In order to explain why these athletic recruits could not play, in one instance, CW-1 told a parent that the athletic director at USC, whom he had allegedly bribed, told staffers that the student "had an injury — and that it happened over the summer — and that she would be out for six to eight months."

7. Students were left in the dark

In one exchange between Singer and one of the wealthy parents — whose child she had allegedly bribed to get into USC as a false recruit for the track team — she told CW-1 that her son had no idea about it and that's "the way we want to keep it."

Along with the manufacturing of learning disabilities, fake charity donations rank among the most egregious allegations in the investigation. Up to hundreds of thousands of dollars earmarked for "underserved kids" were funneled through Singer's company, according to the affidavit, and then filtered through his organization to the universities where the students had been accepted. The charitable designations also allowed some to claim the donations on their taxes.

Huffman appeared in court Tuesday and her lawyer argued that she should be released without bail, but the judge set her bond at $250,000. Wednesday morning, Loughlin was taken into federal custody and is expected to appear in court later today.