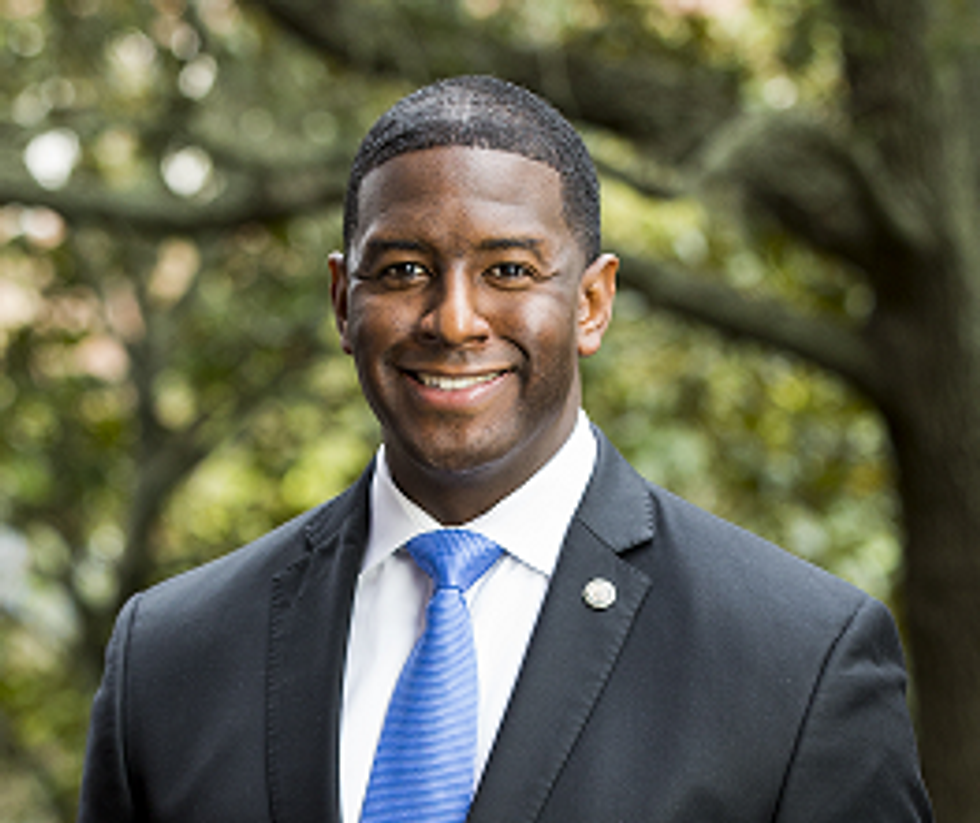 On Wednesday, POLITICO reported that former Tallahassee Mayor Andrew Gillum, the Democratic nominee for Governor of Florida in 2018, is embarking on an ambitious plan to bring Florida back into the Democrats' camp in the 2020 election, after years of Republican victories: he will be launching a drive to register huge numbers of new voters:

"We’re looking at a target of 1 million," he said. "We've got over 3 million people eligible to vote, and that's to say nothing of the 1.4 million returning citizens" — former felons in line to have their voting rights restored under a constitutional amendment approved by voters last year.

Gillum, who lost the gubernatorial race by half a percentage point, has previously attracted speculation about a presidential run himself, but appears set instead on party-building at home.

Democrats currently lead Republicans in voter registration in Florida 4.96 million to 4.7 million — a margin of about 260,000 votes — but that represents a decline from when President Barack Obama first carried the state in 2008, when Democrats held a registration advantage of about 700,000. As a consequence, a state that was once a true toss-up has voted more solidly in the GOP camp recently, a trend Gillum and the state party hope to reverse.

Republicans seem to realize how increased voter registration could reverse their fortunes in the Sunshine State. Yesterday, GOP lawmakers in the state House advanced a bill that would dramatically scale back last year's voter-approved restoration of ex-felon voting rights, by requiring people to pay back all court fines and fees before regaining the ballot. Democrats have furiously compared this measure to a poll tax.

The stakes could not be higher. Florida is the third-largest state and, at 29 electoral votes, the largest state to be regularly contested in the Electoral College. Recent polling has found Trump underwater in the state. If Trump were to lose Florida, then he would need to hold on to Wisconsin, Michigan, Pennsylvania, and Ohio to win again — and he is polling underwater in all four of those states, too.