‘What a freak show’: Former Reagan official slams the ‘American right’ after CPAC speaker rages against ‘the ghost of John MccCain’ 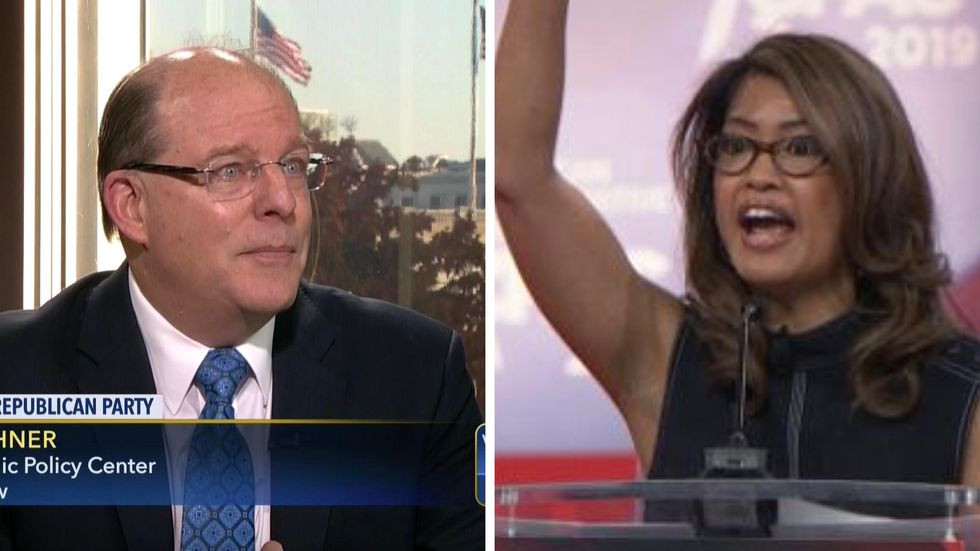 Peter Wehner, a senior fellow at the conservative Ethics and Public Policy Center and former stagger in the Ronald Reagan, George H. W. Bush, George W. Bush administrations, on Friday ripped “parts of the American right” after a speaker at the Conservative Political Action Conference railed against “the ghost of John McCain."

During her CPAC speech on Friday Conservative activist Michelle Malkin received a rousing applause when she raged against fellow Republicans, including the late Sen. John McCain.

“Hey, remember when Congress promised that they were going to enact a nationwide visa entry/exit system to track legal short-term visa holders?” Malkin asked. “Remember that? Nobody in Congress does. One has yet to be built even in the wake of the 9/11 terrorist attacks which were perpetrated in part by several illegal alien visa overstayers.”

McCain died last August after a year-long battle with glioblastoma.

Wehner, who left the Republican Party last year—citing “the political rise of Donald Trump”—ripped members of his former party for cheering Malkin’s remark.

“If you want an example of how rancid large parts of the American right have become, watch Michelle Malkin at CPAC raging against the ‘ghost of John McCain,’” Wehner tweeted. “This display of cruelty and moral sickness brings a standing ovation.”

“What a freak show,” he added.

If you want an example of how rancid large parts of the American right have become, watch Michelle Malkin at CPAC r… https://t.co/lOuqfOVsix
— Peter Wehner (@Peter Wehner) 1551479468