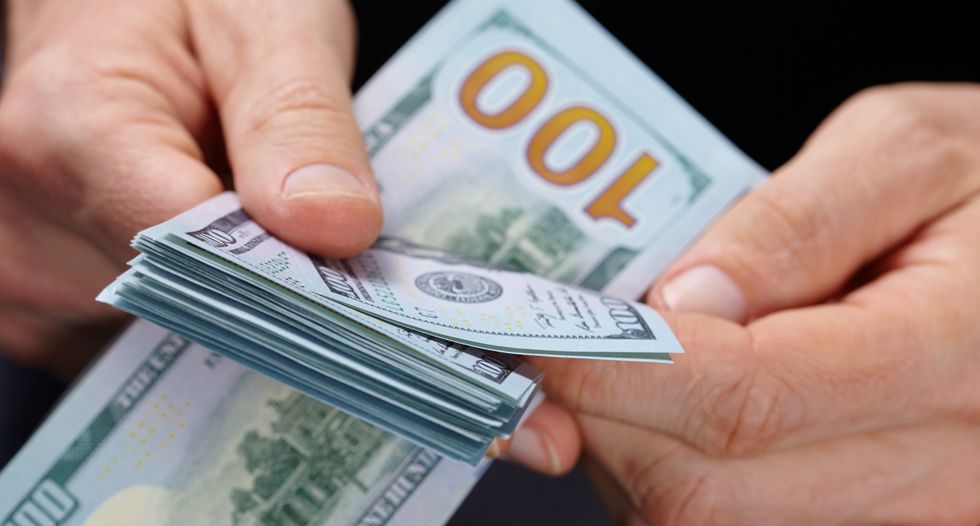 The inept and corrupt presidency of Donald Trump has unwittingly triggered the fatal blow to the American empire—the abandonment of the dollar as the world’s principal reserve currency. Nations around the globe, especially in Europe, have lost confidence in the United States to act rationally, much less lead, in issues of international finance, trade, diplomacy and war. These nations are quietly dismantling the seven-decade-old alliance with the United States and building alternative systems of bilateral trade. This reconfiguring of the world’s financial system will be fatal to the American empire, as the historian Alfred McCoy and the economist Michael Hudson have long pointed out. It will trigger an economic death spiral, including high inflation, which will necessitate a massive military contraction overseas and plunge the United States into a prolonged depression. Trump, rather than make America great again, has turned out, unwittingly, to be the empire’s most aggressive gravedigger.

The Trump administration has capriciously sabotaged the global institutions, including NATO, the European Union, the United Nations, the World Bank and the IMF, which provide cover and lend legitimacy to American imperialism and global economic hegemony. The American empire, as McCoy points out, was always a hybrid of past empires. It developed, he writes, “a distinctive form of global governance that incorporated aspects of antecedent empires, ancient and modern. This unique U.S. imperium was Athenian in its ability to forge coalitions among allies; Roman in its reliance on legions that occupied military bases across most of the known world; and British in its aspiration to merge culture, commerce, and alliances into a comprehensive system that covered the globe.”

When George W. Bush unilaterally invaded Iraq, defying with his doctrine of preemptive war international law and dismissing protests from traditional allies, he began the rupture. But Trump has deepened the fissures. The Trump administration’s withdrawal from the 2015 Iranian nuclear agreement, although Iran had abided by the agreement, and demand that European nations also withdraw or endure U.S. sanctions saw European nations defect and establish an alternative monetary exchange system that excludes the United States. Iran no longer accepts the dollar for oil on international markets and has replaced it with the euro, not a small factor in Washington’s deep animus to Teheran. Turkey is also abandoning the dollar. The U.S. demand that Germany and other European states halt the importation of Russian gas likewise saw the Europeans ignore Washington. China and Russia, traditionally antagonistic, are now working in tandem to free themselves from the dollar. Moscow has transferred $100 billion of its reserves into Chinese yuan, Japanese yen and euros. And, as ominously, foreign governments since 2014 are no longer storing their gold reserves in the United States or, as with Germany, removing them from the Federal Reserve. Germany has repatriated its 300 tons of gold ingots. The Netherlands repatriated its 100 tons.

The U.S. intervention in Venezuela, the potential trade war with China, the withdrawal from international climate accords, leaving the Intermediate-Range Nuclear Forces (INF) Treaty, the paralysis in Washington and disruptive government shutdown and increased hostilities with Iran bode ill for America. American foreign and financial policy is hostage to the bizarre whims of stunted ideologues such as Mike Pompeo, John Bolton and Elliott Abrams. This ensures more global chaos as well as increased efforts by nations around the globe to free themselves from the economic stranglehold the United States effectively set in place following World War II. It is only a question of when not if the dollar will be sidelined. That it was Trump, along with his fellow ideologues of the extreme right, who destroyed the international structures put in place by global capitalists, rather than socialists these capitalists invested tremendous resources to crush, is grimly ironic.

The historian Ronald Robinson argued that British imperial rule died “when colonial rulers had run out of indigenous collaborators.” The result, he noted, was that the “inversion of collaboration into noncooperation largely determined the timing of the decolonization.” This process of alienating traditional U.S. allies and collaborators will have the same effect. As McCoy points out, “all modern empires have relied on dependable surrogates to translate their global power into local control—and for most of them, the moment when those elites began to stir, talk back, and assert their own agendas was also the moment when you knew that imperial collapse was in the cards.”

The dollar, because of astronomical government debt now at $21 trillion, a debt that will be augmented by Trump’s tax cuts costing the U.S. Treasury $1.5 trillion over the next decade, is becoming less and less trustworthy. The debt-to-GDP ratio is now more than 100 percent, a flashing red light for economists. Our massive trade deficit depends on selling treasury bonds abroad. Once those bonds decline in value and are no longer considered a stable investment, the dollar will suffer a huge devaluation. There are signs this process is underway.  Central-bank reserves hold fewer dollars than they did in 2004. There are fewer SWIFT payments–the exchange for interbank fund transfers–in dollars than in 2015. Half of international trade is invoiced in dollars, although the U.S. share of international trade is only 10 percent.

“Ultimately, we will have reserve currencies other than the U.S. dollar,” the Bank of England Gov. Mark Carney announced last month.

Sixty-one percent of foreign currency reserves are in dollars. As these dollar currency reserves are replaced by other currencies, the retreat from the dollar will accelerate. The recklessness of America’s financial policies will only exacerbate the crisis. “If unlimited borrowing, financed by printing money, were a path to prosperity,” Irwin M. Stelzer of the Hudson Institute said recently, “then Venezuela and Zimbabwe would be top of the growth tables.”

McCoy explains what a world financial order untethered from the dollar would look like:

For the majority of Americans, the 2020s will likely be remembered as a demoralizing decade of rising prices, stagnant wages, and fading international competitiveness. After years of swelling deficits fed by incessant warfare in distant lands, in 2030 the U.S. dollar eventually loses its special status as the world’s dominant reserve currency.

Suddenly, there are punitive price increases for American imports ranging from clothing to computers. And the costs for all overseas activity surges as well, making travel for both tourists and troops prohibitive. Unable to pay for swelling deficits by selling now-devalued Treasury notes abroad, Washington is finally forced to slash its bloated military     budget. Under pressure at home and abroad, its forces begin to pull back from hundreds of overseas bases to a continental perimeter. Such a desperate move, however, comes too late.

Faced with a fading superpower incapable of paying its bills, China, India, Iran, Russia, and other powers provocatively challenge U.S. dominion over the oceans, space, and cyberspace.

The collapse of the dollar will mean, McCoy writes, “soaring prices, ever-rising unemployment, and a continuing decline in real wages throughout the 2020s, domestic divisions widen into violent clashes and divisive debates, often over symbolic, insubstantial issues.” The deep disillusionment and widespread rage will give an opening to Trump, or a Trump-like demagogue, to lash out, perhaps by inciting violence, against scapegoats at home and abroad.  But by then the U.S. empire will be so diminished its threats will be, at least to those outside its borders, largely meaningless.

It is impossible to predict when this flight from the dollar will take place. By the second half of the 19th century, the U.S. economy had overtaken Britain, but it was not until the middle of the 20th century that the dollar replaced the pound sterling to become the dominant currency in international trade. The pound sterling’s share of currency reserves among international central banks fell from around 60 percent in the early 1950s to less than 5 percent by the 1970s. Its value declined from more than 4 dollars per pound at the end of WWII to near-parity with the dollar.  The British economy went into a tailspin. And that economic jolt marked for the British, as it will for us, the end of an empire.