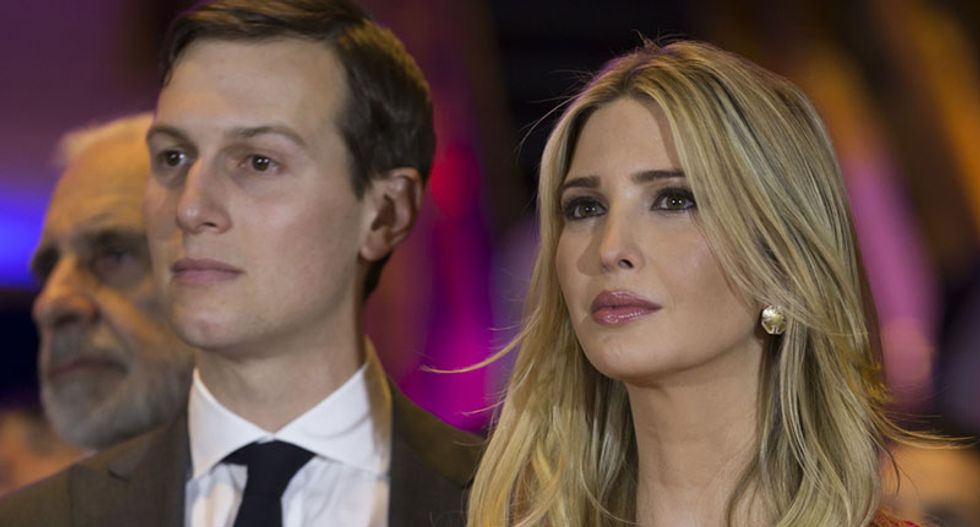 The U.S. Office of Special Counsel is a permanent entity which investigates retaliation against federal whistleblowers. White House Security Specialist Tricia Newbold filed a whistleblower complaint with the OSC after her supervisor, Carl Kline, suspended her without pay for two weeks recently, after Newbold accused Kline of “repeatedly mishandling files and approving unwarranted security clearances” — one of them being first son-in-law Jared Kushner’s. NBC News:

Newbold says in the complaint that she “questioned why we were treating this individual any differently than we would any other individual.” The complaint claims Kline then shut down the discussion saying, “he would not address this matter further.”

Newbold’s complaint says she raised concerns with Kline again on the same individual, identified by sources as Kushner, on Aug. 21, 2017. The complaint states that Kline “advised I should ‘watch myself.’"

Months later, Kline approved top-secret clearance for Kushner, overruling the determination by Newbold and one other career White House security specialist, according to two sources familiar with the situation.

The career staffers rejected Kushner’s top-secret application because of concerns about his foreign contacts that were detailed in his FBI background investigation, according to the two sources.

In a perverse side note, Newbold also filed an Equal Employment Opportunity complaint against Kline, claiming that he was discriminating against her because of her height. Newbold suffers from a rare form of dwarfism and Kline was placing files out of her reach, saying that she could ask her staff to get them for her. The discrimination complaint led to Newbold’s suspension, the only disciplinary action in her 18 year career.

Newbold claims she has been retaliated against for questioning her supervisor’s “reckless security judgements” and she is seeking official whistleblower protection from the federal government.

Newbold’s complaint indicates that she apprised Rep. Elijah Cummings (D-MD) of her concerns about Kline in December. Cummings chairs the House Oversight Committee, which is investigating how and why Kushner, and some 30 others, received security clearances despite career security experts advising against it.