Watch: Arizona marshal threatens to have pre-teen journalist 'thrown in juvey' for reporting the news 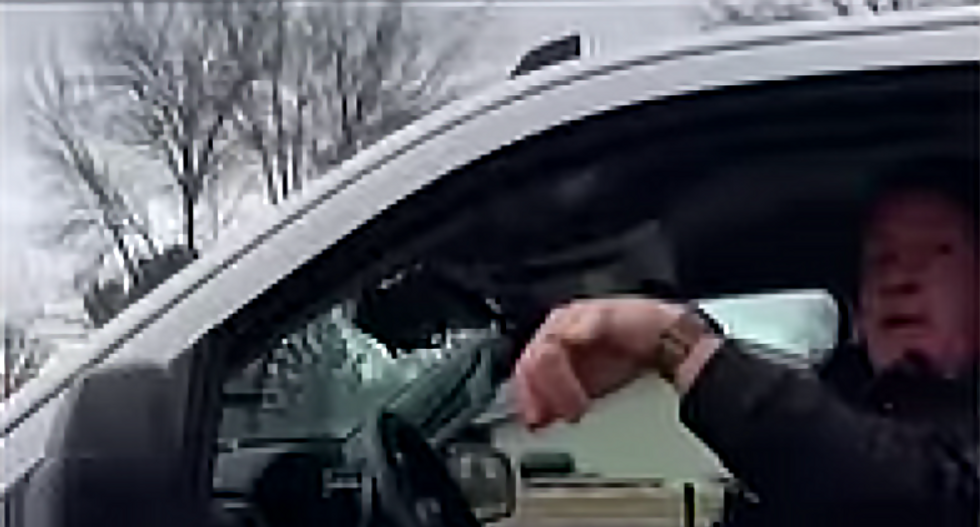 In the town of Patagonia, Arizona, Marshal Joseph Patterson is being scrutinized by the local government because of a video that shows him threatening a pre-teen journalist with arrest on Monday, February 18.

The journalist is 12-year-old Hilde Kate Lysiak, who publishes the website the Orange Street News. According to a February 18 article Lysiak wrote and posted on her site, she was riding her bike while covering a story when Patterson stopped her—and in a video, Patterson can be heard saying, “You can tape me, but what I’m going to tell you is if you put my face on the Internet, it’s against the law. I’m not giving you permission to use my picture or my face on the Internet.”

According to Lysiak, Patterson also told her, “I don’t want to hear about any of that freedom of the press stuff” and threatened, “I’m going to have you arrested and thrown in juvey.”

Lysiak also posted the video on YouTube, where it had received 9362 views as of Thursday morning, February 21.

A message posted on Patagonia’s official website on February 20 noted that the town had received “many comments” on the incident and said, “The matter has been carefully reviewed, and we have taken action we believe to be appropriate for the situation. We do not publicly disclose personnel actions, including discipline, and will have no further comment on this matter.”

Federal courts have determined that citizens have a right under the U.S. Constitution to take video of law enforcement officers in public.

Some of the comments posted on the Orange Street News website have been critical of Patterson. Reader David Stonier-Gibson posted, “Your reporter obviously knows more about the law than that bully cop. Keep her on your payroll, she will go a long way.” And a reader identified as “Stevie Steve” posted, “Almost everything the cop said was a lie. Cops who lie to kids establish a distrust early on that usually stays with them through life. Shame on this power hungry cop.”

Lysiak founded the Orange Street News in 2014 in Selinsgrove, Pennsylvania with the help of her father, Matthew Lysiak, who had been a reporter for the New York Daily News. Despite the incident with Patterson, Hilde Kate Lysiak is hardly anti-law enforcement: in 2016 (when she was nine), she started a GoFundMe page so that Selinsgrove could raise money to hire an additional police officer.