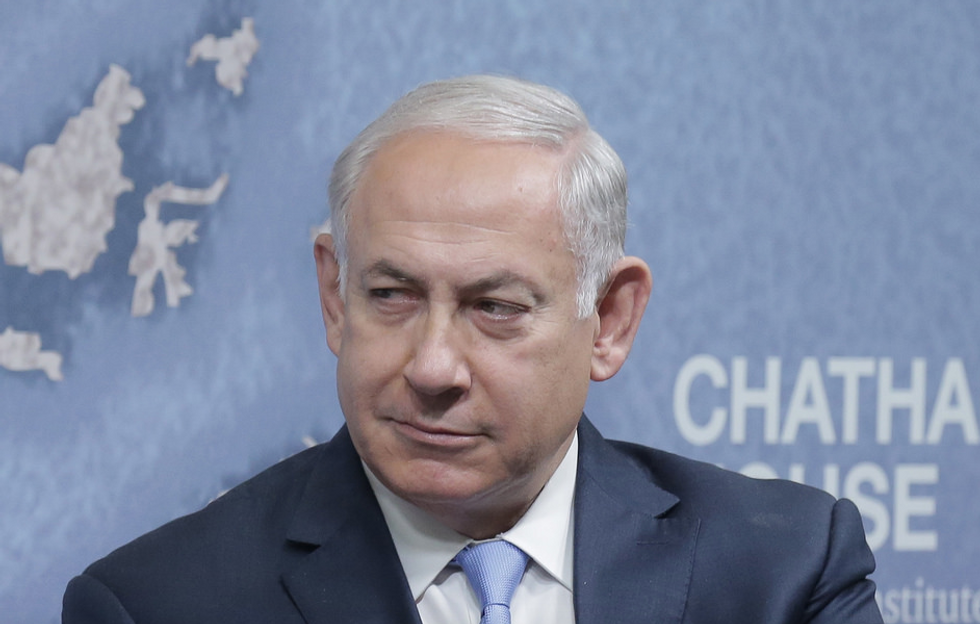 Israeli Prime Minister Benjamin Netanyahu sent a terrifying message from his official Twitter account on Wednesday — only to clear it up later, apparently due to a translation issue.

“What is important about this meeting, and it is not in secret, because there are many of those – is that this is an open meeting with representatives of leading Arab countries, that are sitting down together with Israel in order to advance the common interest of war with Iran,” the tweet said. It referred to a meeting between Netanyahu and Oman's foreign affairs minister Yusuf bin Alawi. The meeting occurred a conference in Poland, The Hill reported.

The phrase "war with Iran" stunned many observers, given that Israel and its allies are not currently at war with Iran. Netanyahu has, however, had an overtly hostile attitude toward Iran, which led him to vigorously oppose President Barack Obama's deal to prevent the country from obtaining a nuclear weapon.

The Israeli prime minister often speaks of Iran as an existential threat, and President Donald Trump, a close ally of Netanyahu, has placed the United States on a much more confrontational footing with the regime, even while he decries military conflicts in the Middle East.

But after the incendiary tweet went out, it was subsequently revised:

Many observers suspected that the correction was the result of a translation from Hebrew, which elided the key difference between "war with Iran" and "combating Iran." Nevertheless, the fact that a minor translation error can change so much about how we view the U.S. and Israeli stance toward Iran shows how perilous the devolving relations have become.