Unhinged Stephen Miller gets pummeled by Fox News' Chris Wallace in combative interview: 'You don't get to ask me' questions 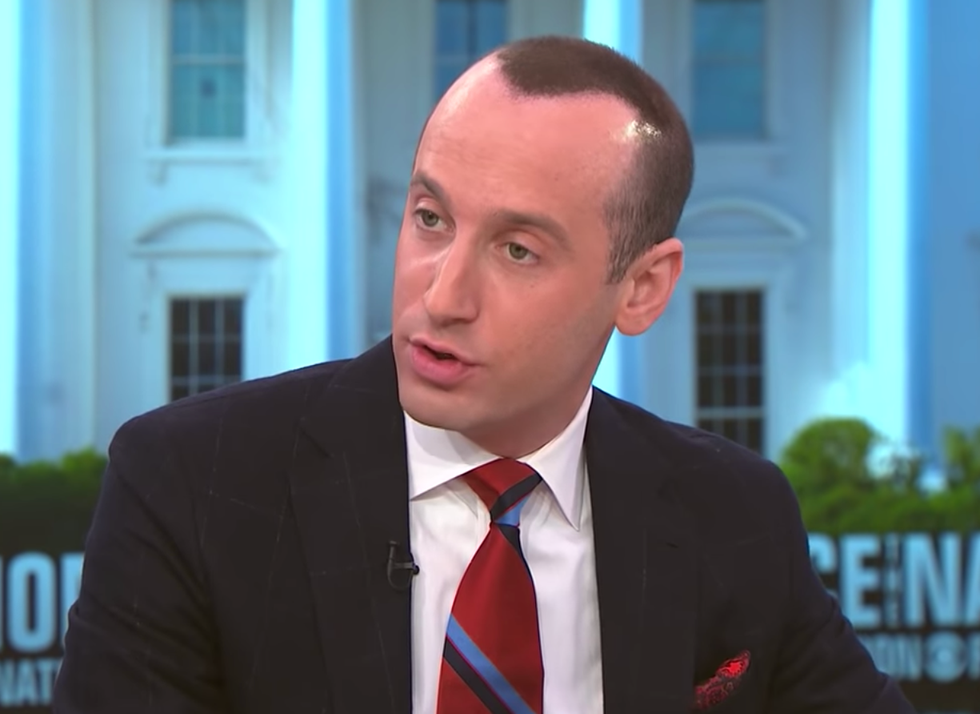 "You believe the  Constitution should be interpreted as written, yes?" said Wallace. "Here's Article 1, Section 9, Clause 7 of the Constitution as written: 'No money shall be drawn from the Treasury, but in consequence of appropriations made by law.' Isn't what President Trump wants to do a clear violation of what the founders, of what James Madison talked about, giving Congress the power of the purse?"

"No," said Miller. "Because Congress in 1976 passed the National Emergencies Act and gave the president the authority, as a result of that, to invoke a national emergency in many different circumstances, but among them for the use of military construction funds."

Wallace asked Miller for examples of past presidents calling a national emergency to secure money they were denied previously by congress out of the 59 times a national has been declared previously.

While Miller attempted to press the point that this specific emergency refers to military construction funds, Wallace countered, noting that such has only occurred twice: during the Gulf War, and following the Sept. 11, 2001 terrorist attacks.

Wallace added, "This is hardly comparable to either of those."

Miller went on the defensive, responding, "can you name one foreign threat in the world today outside this country’s borders that currently kills more Americans than the threats crossing our southern border?"

"You know, the joy of this is I get to ask you questions," replied Wallace. "You don't get to ask me."

Miller was unable to respond to Wallace's demand, instead turning to the "threats" supposedly coming through the southern border.

"We've had thousands of Americans die year after year after year because of threats crossing our southern border," said Miller. "This is a threat in our country... and if the president can’t defend this country, then he cannot fulfill his constitutional oath of office."

View the whole exchange below: