'Trump just destroyed the U.S.A.': Why these furious right-wing Trump supporters think he just got duped in the border debate 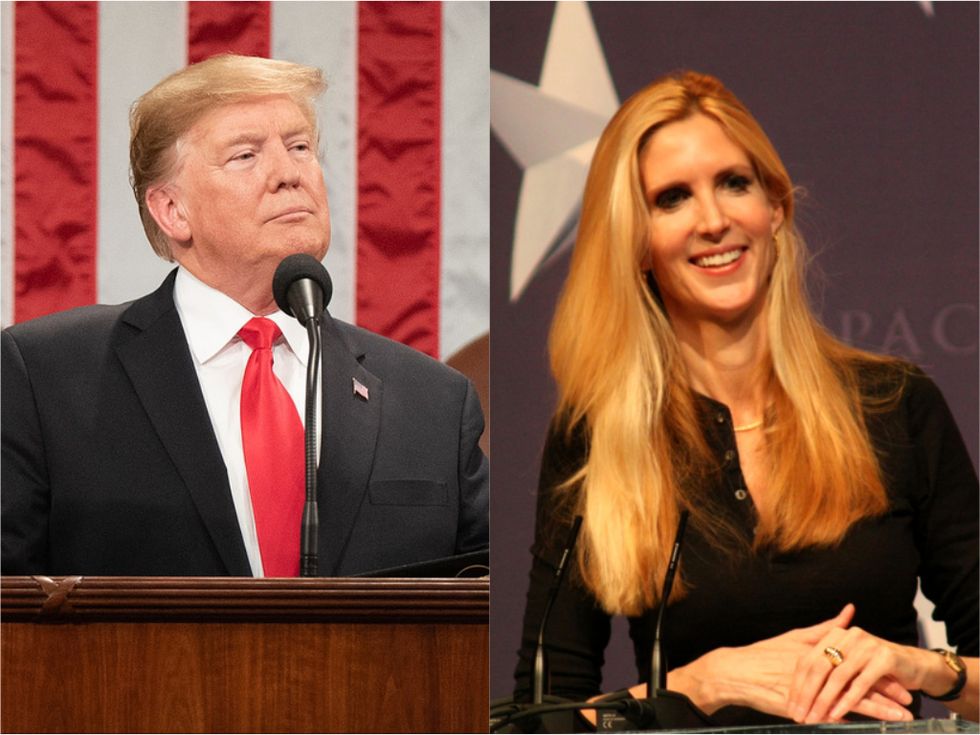 Backed into a corner and with a dwindling set of options, President Donald Trump announced Thursday that he will declare a national emergency to secure funds for a border wall, even while he signs a government funding bill that allows for only $1.3 billion to be spent on barriers between the United States and Mexico.

And many of his vocal supporters — including those who are most virulently anti-immigrant — are not happy about the deal.

Daniel Horowitz, a conservative writer, an op-ed for The Blaze denouncing the bill after it came out, noting that it's complexities and the rush to pass it pose many dangers for the president.

"That is exactly why Democrats are salivating to vote on this within a few hours of passage, which is exactly why Trump has a responsibility to oppose it immediately and demand at least a short-term clean continuing resolution so that he can digest the consequences of this bill," wrote Horowitz earlier on Thursday. "If he cannot make that simple demand, which would not even trigger a phony shutdown, then his presidency is worthless."

On Twitter, he argued that the legislation is actually the "worst amnesty bill ever," arguing that provisions will allow undocumented immigrants to stay in the country by sponsoring unaccompanied minors.

"Over the years, immigration lawyers and judges have cleverly taken statutes and flipped them 180 degrees to use for amnesty," he said. "Now Congress is green lighting it in plain language. You cannot imagine the cascading affects of this."

Of course, Horowitz's argument depends on fundamentally cruel and prejudiced views of immigration. But his reaction may come to shape the views of Trump's anti-immigrant supporters.

Ann Coulter, another pundit known for her support of the president and her fiercely anti-immigrant views, was equally apoplectic about Trump's strategy. She argued that by signing the funding bill, Trump will actually undermine his emergency declaration.

"To declare a national emergency, Trump will now have to argue that a bill HE SIGNED was unconstitutional," she said. "Ask your new AG if this is a good idea."

There's no coming back from this. No "emergency" or presidential powers will allow him to build the wall, ever, af… https://t.co/jqoicxxjMN
— Ann Coulter (@Ann Coulter)1550177899.0

There's no coming back from this. No "emergency" or presidential powers will allow him to build the wall, ever, af… https://t.co/jqoicxxjMN
— Ann Coulter (@Ann Coulter)1550177899.0

Writing for the National Review, Mark Krikiorian, the executive director of the anti-immigrant Center for Immigration Studies, argued that the bill itself will offer a veto to localities if they don't want border walls built on their land.

"And which party controls all local government in South Texas? Go ahead, look it up, I’ll wait," he wrote. "Rio Grande City is the least Democratic community in the area, and even there voters supported Hillary Clinton in 2016 by more than three to one."

He didn't bother to raise the question about why people who actually live on the border don't actually seem to think there's a crisis there at all.

Krikorian continued: "Add to that the bill’s prohibition on border barriers in a range of public parks and spaces — such as the Santa Ana Wildlife Refuge, the Bentsen-Rio Grande Valley State Park, La Lomita Historical Park, or the National Butterfly Center — and the 55 miles of new fencing supposedly provided for in the bill might never get built at all."

An article on the deal for Breitbart used more tepid language to describe the agreement, but it ran with the furious headline: "CONGRESS SENDS OPEN BORDERS BILL / EPIC IMMIGRATION SNEAK: LOADED WITH LAST-MINUTE 'LANDMINES' /  TRUMP WILL SIGN IT — AND DECLARE NATIONAL EMERGENCY."