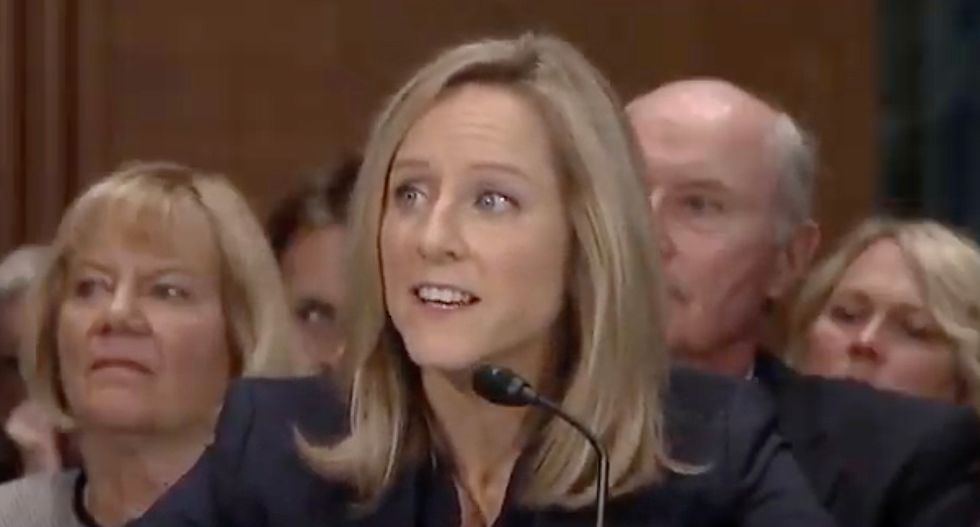 In what progressive lawmakers and advocacy groups decried as the Trump administration's latest "shameful" attack on vulnerable families, the Consumer Financial Protection Bureau (CFPB) unveiled a plan on Wednesday that would gut regulations protecting consumers from predatory payday lenders.

Vanita Gupta, president and CEO of the Leadership Conference on Civil and Human Rights, denouncedthe CFPB's plan as "a slap in the face to consumers—especially people of color—who have been victims of predatory business practices and abusive lenders."

"This decision will put already struggling families in a cycle of debt and leave them in an even worse financial position," Gupta added. "This administration has moved the CFPB away from protecting consumers to protecting the very companies abusing them."

This decision will put already struggling families in a cycle of debt and leave them in an even worse financial pos… https://t.co/MWrHoYwjah
— Vanita Gupta (@Vanita Gupta) 1549477732

Borrowers need protections from predatory lenders, not the other way around. @CFPBDirector should fulfill the Burea… https://t.co/2rxpGwRO8f
— NCLC (@NCLC) 1549485909

Detailed in a statement by Trump-appointed CFPB director Kathy Kraninger, the agency's proposal would dramatically weaken an Obama-era rule that would have required payday lenders to verify that borrowers have the financial ability to repay their loans—an effort to help vulnerable people avoid falling into debt traps.

In its explanation of the rule change, the CFPB said it wants consumers to have even more access to payday lenders, despite their long record of exploiting the poor.

"Kraninger is siding with the payday loan sharks instead of the American people," Rebecca Borné, senior policy counsel at the Center for Responsible Lending, said in a statement. "We urge director Kraninger to reconsider, as her current plan will keep families trapped in predatory, unaffordable debt."

The original rule was initially set to take effect in January, but the Trump administration has delayed implementation until August.

In a tweet responding to the agency's proposed rollback, former CFPB chief Richard Cordray called the plan "a bad move that will hurt the hardest-hit consumers" and predicted that it "will be subject to a stiff legal challenge."

CFPB is proposing to unwind the core part of its payday loan rule - that the lender must reasonably assess a borrow… https://t.co/KCBe23YjPh
— Rich Cordray (@Rich Cordray) 1549481546

"Eliminating these protections would be a grave error and would leave the 12 million Americans who use payday loans every year exposed to unaffordable payments at interest rates that average nearly 400 percent," concluded Alex Horowitz, senior research officer with Pew Charitable Trusts' consumer finance project. "This proposal is not a tweak to the existing rule; instead, it's a complete dismantling of the consumer protections finalized in 2017."