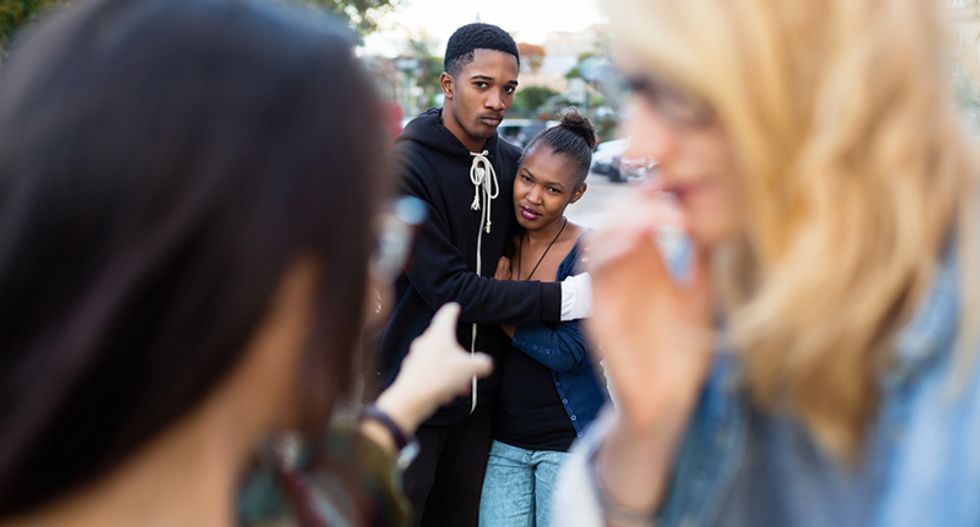 You have to admit that this racial controversy involving Virginia Gov. Ralph Northam, a Democrat, for dressing in blackface or a Ku Klux Klansman (he couldn’t remember?) in 1984, is a doozy.

It’s also one for the hypocrisy police.

For openers, the governor apologized in the first hours, then within a day said the medical school yearbook photos involved were not of him, but that he apologized again because he had dressed as Michael Jackson, darkening his face, to attend a different party, even offering to show off his moon dance moves. As an excuse, it was flimsy; as a statement of values, it was all just sad.

OK, then just in case we all could not understand the brouhaha—and a desire to see the governor bow out of public life—Trump stepped in with a tweet to say that this act—whichever one it was—was unforgivable. Other Republicans, including House minority leader Kevin McCarthy, R-Calif., who have managed for years now to avoid drawing any similar conclusion about Trump himself, piled on with scorn.

I was amused to read a commentary in The Washington Post by Tom Nichols, an author and professor at Harvard’s extension school, that nailed what he called the naked hypocrisy of it all.

In his view, Republican leaders who have been waiting for a race-related problem to hang on Democrats are mistakenly stepping forth. “Republicans who continue to support a party dominated by Trump can’t be taken seriously on this point,” he said.

“Trump’s record on race-related issues is abysmal. For years, he fueled birtherism to attack former President Barack Obama. He once argued that a federal judge, Gonzalo P. Curiel, couldn’t be impartial in a case involving Trump because, “He’s a Mexican. We’re building a wall between here and Mexico.” Early in his presidential candidacy, Trump called for a “total and complete ban on Muslims entering the country.” In office, he ruminated on the United States needing more immigrants from places such as Norway and fewer immigrants from “shithole” countries, referencing Haiti, El Salvador and African countries.

And, of course, there was Charlottesville, to say nothing of his family business history with black tenants, and affiliations over the years with characters right out of racist roots.

Polls taken at various times during his presidency that show significant percentages of Americans either see Trump as racist or, at a minimum, someone who has “emboldened” racists.

Not that Democrats as a party have a better record on race, but they have sought as a group to address problems more forthrightly.

But when commentators such as David Limbaugh ask if Trump supporters must “forfeit the right to pass any moral judgments” because of their continual excuse-making for him, the only reply is: Yes. Criticizing Northam for “past racist behavior and his present equivocation after more than two years of overlooking an astonishing record of divisiveness reflects little more than a self-serving, morally repellent double standard,” the commentary argues.

So, finally, the GOP leadership is calling out a chief executive for his appalling insensitivity on an issue of race: McCarthy’s tweets decried that chief executive’s “past racist behavior” and said, “He should resign.” In two tweets on Saturday, Republican Party chair Ronna McDaniel listed that same chief executive’s callousness on race.

Now the conduct that these Republicans denounced clearly deserves condemnation, no matter how or when it occurred.