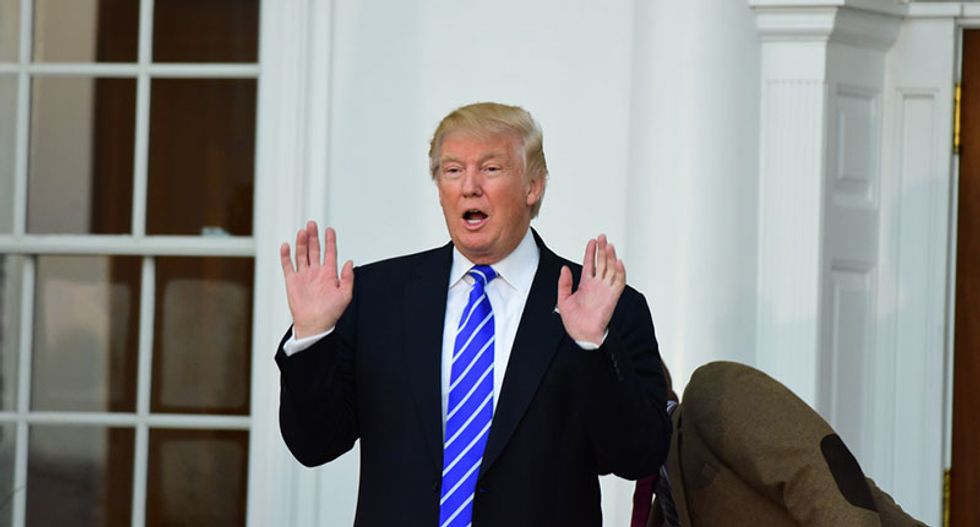 The term “hypocrite" is derived from the ancient Greek “hypokrites,” literally “an actor” or a "stage player," and is itself a compound of two other Greek words that translate as “an interpreter from underneath."  As Merriam-Webster explains, the term’s origins stem from the fact that Greek actors originally wore large, heavy masks, and thus “interpreted” a story from beneath those masks.

In modern parlance, “hypocrisy” is used to describe someone whose behavior stands in stark contradiction to what they claim to be their beliefs or principles. In the world of politics, for example, the confluence of a politician’s statements and his actual behavior often provides evidence of hypocrisy.  Generally speaking, we look down on hypocrites because human experience shows that people who “speak out of both sides of their mouths" are regarded as untrustworthy and of inferior moral quality.

There are few sources of hypocrisy as constant and resilient as the editorial page of the Wall Street Journal.  While that publication’s news division is among the world’s best, its opinion and editorial pages are nearly always drawn from the dankest cesspool of the American right-wing. Their function, through careful, constant repetition, is to convince the Journal’s upscale, self-regarding readership that the American left poses a serious and mortal threat to their continued, uninterrupted accumulation of wealth. They are, in reality, the high-end version of the vicious “conservative” bile that feeds their useful idiot "lower"classes on AM talk radio, and they succeed by creating an alternative universe of carefully programmed right-wing dogma that many—far too many--of this nation’s wealthiest citizens accept as “truth.”

But sometimes the weight of the Journal’s self-contradictions becomes impossible to sustain. And they have reached that sorry space in their convoluted attempts to justify the continued presidency of Donald Trump. As Jonathan Chait, writing for New York Magazine  observes, the Journal serves as a useful predictor or “early warning” about the right’s latest political strategy. But in its flailing efforts to cope with the mounting Congressional inquiries into Mr. Trump’s nefarious collusion with a foreign state—a foreign state whom conservatives, incidentally, used to revile—the Journal'sstable of go-to “legal apparatchiks," among them attorney David Rivkin, Jr., are painfully, almost comically, tying themselves into knots.

In an editorial published in the Journal  last week, Rivkin and co-author, fellow “conservative legal theorist” Elizabeth Foley, essentially--and without a hint of self-reflection, argue that the sheer multiplicity of criminal allegations of Trump's "pre-presidential"activities should prompt newly sworn in Attorney General William Barr to shut down Congressional investigations into Trump's crimes, for the “good of the country.” He conveniently ignores the fact that those Congressional inquiries go directly—not as some oblique “aside”-- to Trump’s very actions as president, and the motives behind them.

Like Mr. Clinton, Mr. Trump faces an investigation by a zealous prosecutor with unlimited resources inquiring, among other things, into prepresidential activities. In addition, Mr. Trump is subject to a deluge of lawsuits and investigations, including by state attorneys general, involving his conduct before entering politics. The House Intelligence Committee has announced a wide-ranging investigation of two decades’ worth of Mr. Trump’s business dealings. The Ways and Means Committee plans to probe many years of Mr. Trump’s tax returns. By contrast, the 1995 resolution establishing the Senate Whitewater Committee targeted specific areas of possible improper conduct by the White House and federal banking regulators.

Chait helpfully distills the essence of Rivkin's thesis for us:

In other words, Trump can’t be investigated because he is such a massive crook. The president could function when he was defending one private lawsuit and one financial investigation, but not when he is defending a series of elaborate global rackets. It’s just a simple matter of time management. Trump can’t do his job if he has to defend all these crimes.

The problem with Rivkin's argument is that it smacks squarely into the Supreme Court's ruling in Clinton v Jones, in which the Clinton Administration similarly argued that forcing a sitting President to undergo an inquiry into behavior that had allegedly occurred before he assumed office would be so distracting that it would impair the functions of government. The Supreme Court’s unanimous rejection of that argument was gleefully received by the impeachment proponents in the Republican Party, with nary a whisper of objection or dissent by any prominent Republican voices.

Here is the Journal’s infamous, vicious,  January 5th 2001 editorial (now hidden but carefully transcribed by a “Christian” loyalist) urging that President Clinton be indicted for “crimes” allegedly  committed prior to assuming the office of the Presidency, such as “Whitewater” and the Paula Jones allegations. This was not an ”Op-Ed.” It was the statement and position of the Wall Street Journal , stating explicitly and with no small measure of spite that Presidents are not “above the law:”

The facts and the law, of course, must be major factors, but prosecutors, especially in important cases, also bear a general responsibility for the public good. History's burden on Mr. Ray is that a decision not to indict serves the Clinton revisionism-that it was all about ‘nothing'.”

So what was good for the goose is apparently no longer good—or convenient--for the GOP.  How times change. Can we expect a similar Journal denunciation of Trump after he loses in 2020?

Chait proceeds to demolish the legal sophistry and moral nescience of Rivkin’s argument:

Rivkin is probably correct that, when the Supreme Court predicted defending against a lawsuit would not interfere with a president’s official conduct, it was not anticipating that one day the president might be a professional money launderer. Still, it seems just a bit unfair that the law would allow Congress to investigate a president for what turned out to be a nonexistent crime while forbidding it to investigate a president for decades worth of extremely serious crimes, some of which, by rendering him indebted to hostile foreign states, compromise national security.

Because ultimately what Rivkin is arguing is that this “president”—one that his Party now happens to support---has simply committed too many potential crimes to possibly answer for all of them in the limited two years he has remaining in office. Again, Chait is unsparing in his sarcasm:

It seems awkward that the rationale for this double standard is that the president is just too darn busy to cooperate with any investigations — even Rivkin and Foley say, to turn over his tax returns. It seems especially unfair that the too-busy defense should be made on behalf of a president who has a policy of holding no meetings before 11 a.m., who binge-watches hours of cable television and frequently livetweets his responses, who visits his golf clubs constantly and who recently shelled out $50,000 for a golf simulator for the White House.

Despite the enormous amount of evidence to the contrary, it seems that the  Donald Trump’s election has actually had one major benefit—to reveal the complete moral bankruptcy of the Republican Party and the “conservative” ideology that sustains it.