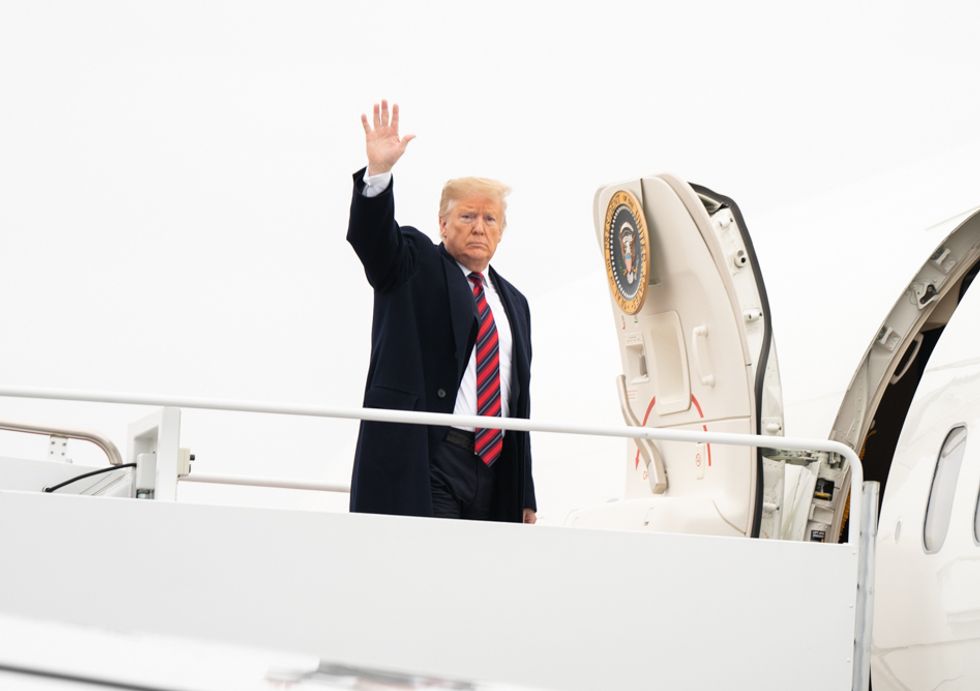 When President Donald Trump was interviewed by the New York Times this week, he reiterated his claim that the Trump Organization’s abandoned Trump Tower Moscow project was not a high priority for him in 2016. Trump told the Times that he wasn’t even sure his company found a location in Moscow for the project.

But BuzzFeed News’ Emma Loop reported that according to “hundreds of pages of business documents, e-mails, text messages” that BuzzFeed has obtained, the Trump Organization was looking into at least one prime location for the skyscraper.

For the Jan. 31 New York Times interview, Trump spoke to reporters Maggie Haberman and Peter Baker as well as Publisher A. G. Sulzberger. And he said of Trump Tower Moscow, “That deal was not important. It was essentially a letter of intent or an option. I’m not even sure that they had a site.”

Trump also told the Times, “This was a very unimportant deal. I didn’t care.” And he insisted that he was so busy running for president in 2016 that “the last thing I cared about was building a building.”

But according to Loop, a “signed letter of intent” BuzzFeed obtained “includes a proposal to build the tower in Moscow City, a former industrial complex near the edge of the Moscow River that has since been converted into an ambitious commercial district clustered with several of the tallest skyscrapers in Europe. It is not clear whether any other sites ever came under consideration.”

Trump's lawyer Rudy Giuliani had previously claimed that the president never even signed the letter of intent — but that was eventually proven false.

Michael Cohen, Trump’s former personal attorney, pleaded guilty last year to lying to Congress about plans for a Trump Tower Moscow. Cohen told Congress that discussions pertaining to the project ended in January 2016, but Special Counsel Robert Mueller’s team confirmed that negotiations had continued on until at least June.

Trump has distanced himself from Cohen’s actions, saying that the attorney (who has been sentenced to three years in prison) acted on his own. But on Jan. 17, BuzzFeed reported that according to some anonymous law enforcement sources, Cohen was acting on direct orders from Trump when he lied to Congress about Trump Tower Moscow—an allegation Mueller’s team has disputed.

In an official statement, Mueller’s office said, “BuzzFeed’s description of specific statements to the Special Counsel’s Office, and characterization of documents and testimony obtained by this office, regarding Michael Cohen’s Congressional testimony are not accurate.” Nonetheless, BuzzFeed has stood by its reporting and maintained that the law enforcement sources it interviewed were credible.