'The president is actually going to cave further': Ex-CIA official lays out why Trump is 'so naive' heading into the North Korea summit 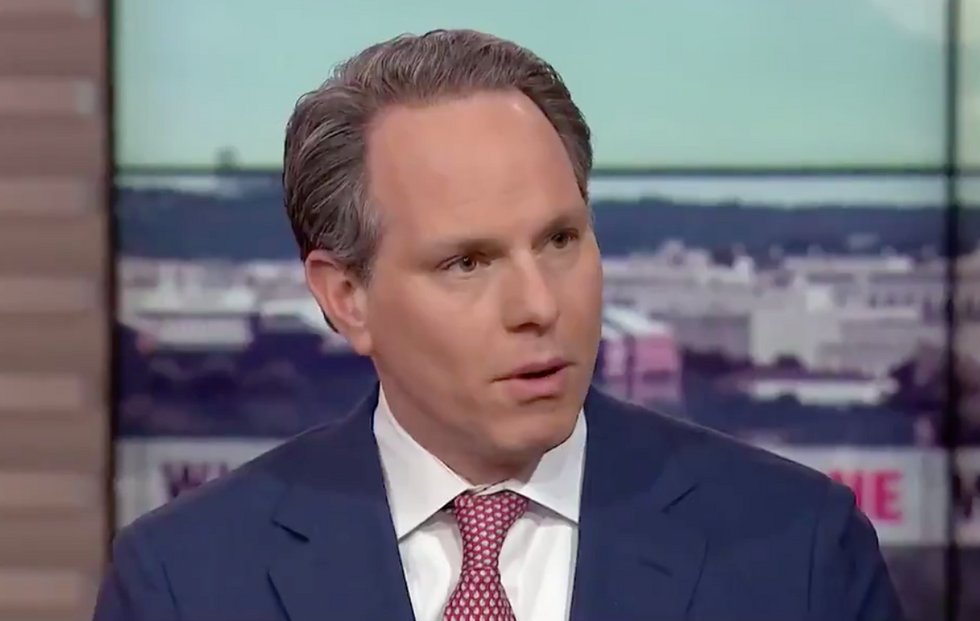 As President Donald Trump heads to Vietnam for his second summit with North Koran leader Kim Jong-un, many political observers are growing nervous about what he might agree to in his meeting with the dictator. The group of people who are fearful of the outcome includes, reportedly, his own top aides.

Jeremy Bash, a former chief of staff at the CIA and the Defense Department, explained Monday on MSNBC why Trump's trip is such a bad idea — and why the United States is unlikely to get anything beneficial out of the arrangement.

He noted that, out of an estimated 20 nuclear weapons controlled by the regime, Kim hasn't destroyed any since his last meeting with Trump.

"The president is zero for 20 — by a conservative estimate — in getting rid of the real threat from nuclear weapons from North Korea," he explained. "So he goes into this summit, and we would think — under normal circumstances — that therefore the bar should be raised, we should be tougher on Kim Jong-un. We should drive a harder bargain. And I think what's really worrying John Bolton, what's really worrying the experts inside our government and around Washington, is that the president is actually going to cave further. He's going to actually be more eager to please. He's going to be more interested in the bromance, the embrace, the pageantry, and America's going to get a much worse deal."

He added: "In some ways, the president is just trying to speak of his own reality. It's kind of like what he's doing with the wall: 'The wall is being built.' Well, actually, no, it's not. 'They're giving up their nuclear weapons." Well, no, they're not. In both cases, incredibly dangerous to be so naive and to be so false about the facts."