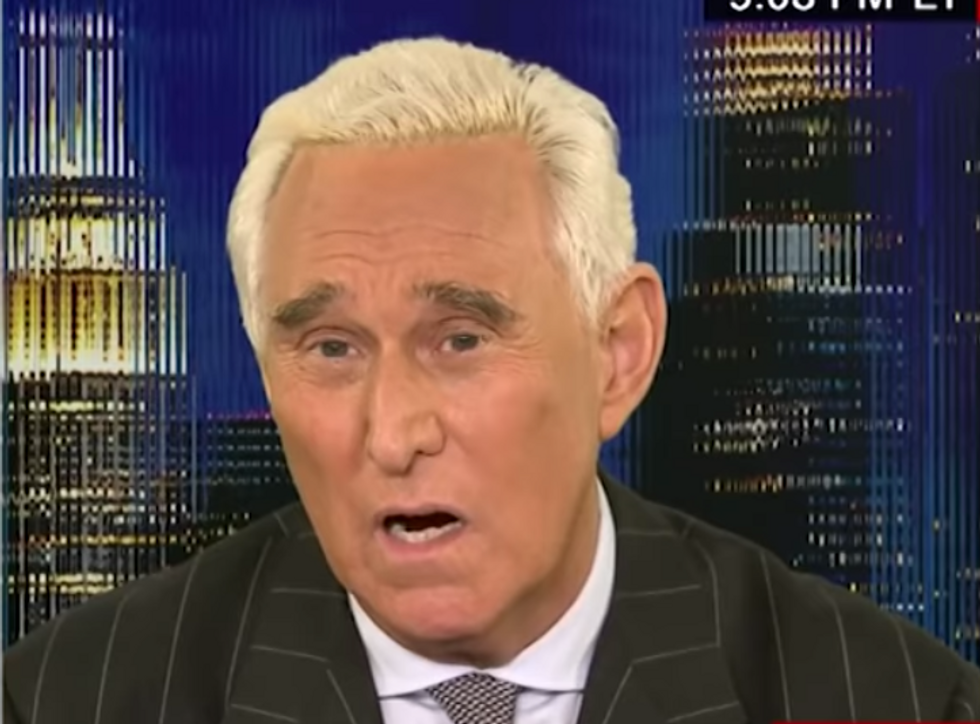 Roger Stone, a longtime ally of President Donald Trump who has been charged as a part of Special Counsel Robert Mueller's investigation, posted a threatening Instagram picture Monday depicting the judge overseeing his case next to an image of crosshairs.

"Through legal trickery Deep State hitman Robert Mueller has guaranteed that my upcoming show trial is before Judge Amy Berman Jackson , an Obama appointed Judge who dismissed the Benghazi charges again Hillary Clinton and incarcerated Paul Manafort prior to his conviction for any crime," Stone said in text next to the image. "Help me fight for my life," he added.

The post was removed about an hour after it was posted. A few minutes later, he posted the image again, but he cropped the crosshairs out.

"This is completely out of bounds," said former federal prosecutor Joyce Alene said of the post. "The cross hairs will likely lead prosecutors to ask for revocation of his pre-trial release. At best, this is a cheap stunt designed to get the judge to recuse, at worst, an outright threat."

After facing criticism for the post, Stone removed even the second version of the image.

"Any inference that this in someway threatens the judge is false," he said in a comment to Kathryn Watson of CBS News. "Because it is open to [misinterpreation] I'm going to take it down."

Stone tried to get his case reassigned from Jackson last week after Mueller had ensured that she would oversee the case. The special counsel had said Stone's case is related to another case that has been assigned to Jackson — the indictment of Russian hackers who stole Democratic emails during the 2016 campaign — which guaranteed that she would be Stone's judge. In a recent court filing, Mueller explained that the charges against Stone were related to the charges against the hackers because evidence tied to both cases has been found using the same warrants. The filing also noted that the lies to Congress for which Stone is charged related to an investigation of Russia's election interference — another direct connection between the two cases.

Last week, Jackson also declined to issue a full gag order on Stone, which would have barred him from posting such images. Instead, she only said that he couldn't discuss the ongoing prosecution on the courthouse steps, and she barred his lawyers from making certain comments about the case.

As some Twitter users pointed out, the image itself doesn't appear to have been created by Stone. It seems it is a cropped version of a photo shared on a fanatical conspiracy theory website called 'Galactic Connection," which spouts absurd claims about the Mueller investigation while also offering "tools" for "psychic protection." The crosshairs symbol in the background appears next to the words "Corruption Central" in an uncropped version of the image.