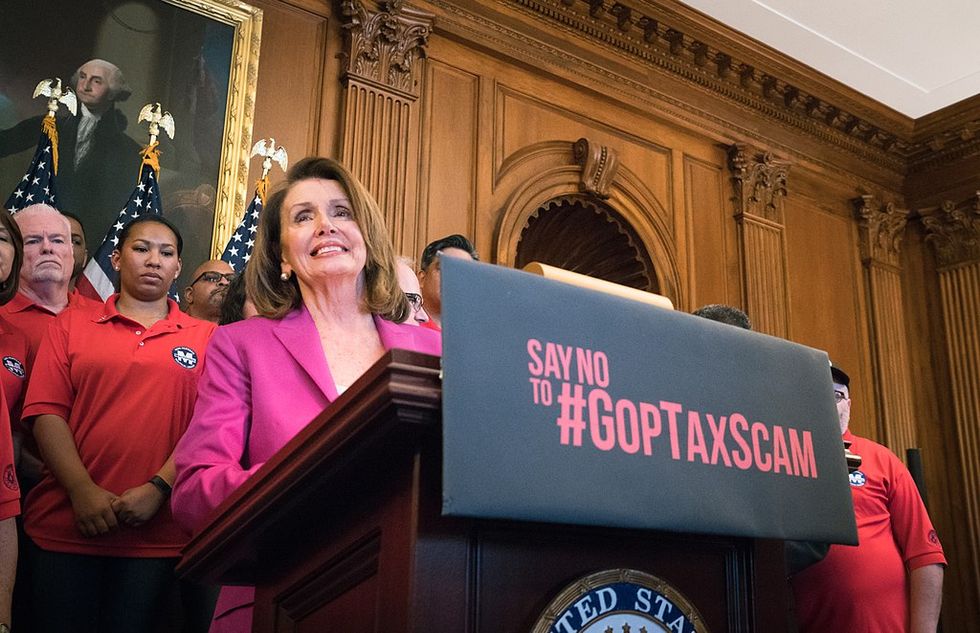 More than a year ago, then-House Speaker Paul Ryan was already cheering the supposed success of the GOP's 2017 tax cut bill, and he tried to argue that it was proving to be a boon for typical Americans.

“A secretary at a public high school in Lancaster, Pennsylvania, said she was pleasantly surprised her pay went up $1.50 a week," he tweeted, "she said [that] will more than cover her Costco membership for the year.”

The backlash was quick and severe as critics pointed out that such a measly sum was tiny compared bounty the GOP's corporate donors had reaped from the bill while nearly $2 trillion was added to the national debt. Ryan quickly took down the tweet.

Now, in the middle of the first tax season in which taxpayers will be paying the new rates, the bill is beginning to look less like a pittance and more like an outright con job. As I have previously explained, the IRS changed its tax withholding tables last year even while the new rates and changes to the tax code went into effect in an apparent attempt to make the cut look more generous to average families than it actually was. As people begin to file their tax returns, they're getting less money back than they expect — an average of 8.7 percent less than they got last year, according to the IRS.

"Since the bill made a bunch of complex changes affecting how much people should have withheld and how your federal taxes relate to your state taxes, it was impossible for most people to know whether they'd be paying more or less," explained op-ed writer Paul Waldman at the Washington Post. "And many people ended up with a small boost to every week's paycheck, only to find out that they'll have to give most or all of it back in a lump sum. Which is producing lots of news stories about horrified people getting unexpected tax bills."

And as economist Paul Krugman explained, any stimulative effect that the bill's deficit spending appeared to have on the economy is fading fast.

"It arguably gave growth a moderate bump for two quarters; 4th q looks meh, and 1st q of 2019 meher," he said on Twitter.

Without the hoped-for jolt to the economy, and without a significant boost in take-home pay for American taxpayers, most voters will have little reason to feel happy about the tax bill. And yet, it remains the Republican Party's biggest legislative accomplishment in the Trump administration. Since Democrats control the House, they're not likely to get another.

More Americans still disapprove of the tax cut than approve of it, according to most recent polls, though opinion is more favorable than it once was. The latest wave of bad publicity and the coming sticker shock as more people file their taxes will likely hurt its popularity even more. At the same time, polls show that even majorities of Republicans support higher taxes on the rich, and the vast majority of Americans think corporations aren't paying their fair share — the two groups that benefitted most from the 2017 tax cut.

"The politics of the tax cut will only go downhill from here," said Krugman. "$2 trillion for nothing."