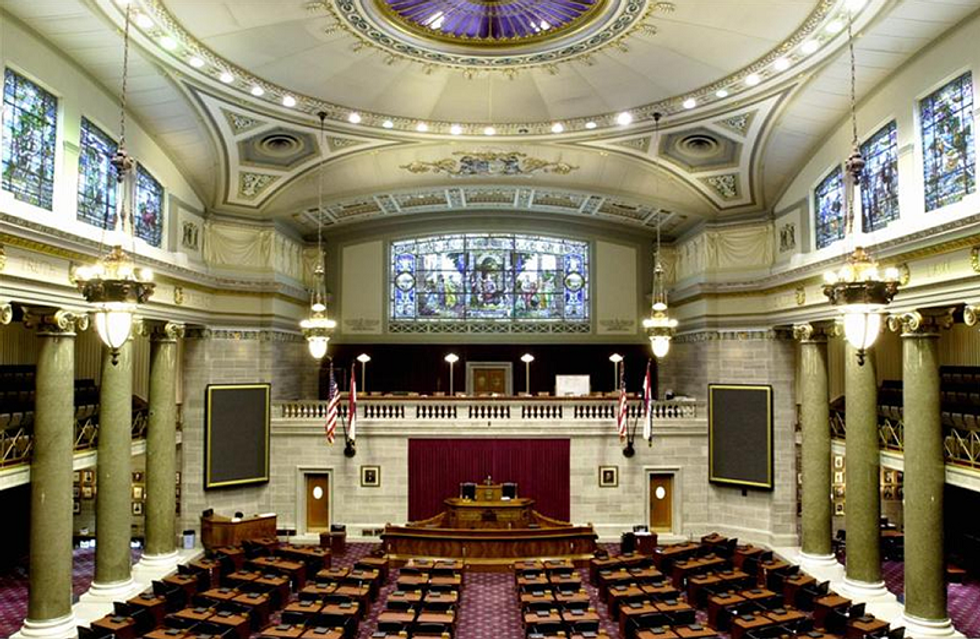 Last November, Missouri voters overwhelmingly passed Clean Missouri, a constitutional amendment to extend the state's open records laws to the state legislature, which has long been exempt from them. It was enacted with 62 percent of the vote.

So naturally, Republicans in the state legislature are working to gut the new transparency law their constituents voted for.

According to the Kansas City Star, HB 445, which passed the House 103 to 47 on Thursday, severely limits the kinds of documents that can be requested under the "sunshine law." GOP lawmakers insist that their only intention is to protect the personal information of constituents, whose names and information might be included in emails to their representatives. But the bill actually goes a lot further than that — it exempts any "communications involving advice, opinions, and recommendations concerning the deliberative decision-making process of any public governmental body," and would apply not just to the legislature but to city councils, school boards, planning and zoning commissions, and even police departments.

"I think it is a huge reduction in the information the public is going to receive," said Jean Maneke, the lawyer for the Missouri Press Association, the Star reported. "And I don't think it's justified."

The sunshine law is a hugely important public accountability tool for Missourians to keep their politicians honest. Recently, newly elected Sen. Josh Hawley has faced scrutiny for allegedly concealing his private emails with out-of-state consultants from an open records request.

All around the country, Republicans are waging war on the decisions made by voters in the 2018 midterm elections. In Utah and Idaho, GOP lawmakers are debating plans to cripple Medicaid expansion after their constituents approved it. In Michigan, the Republican legislature headed off ballot measures on a minimum wage increase and paid sick leave by passing the proposals as regular legislation, then rolling them back after the election was over. The GOP in Michigan and Wisconsin also forced through lame-duck bills stripping power from their incoming Democratic governors.