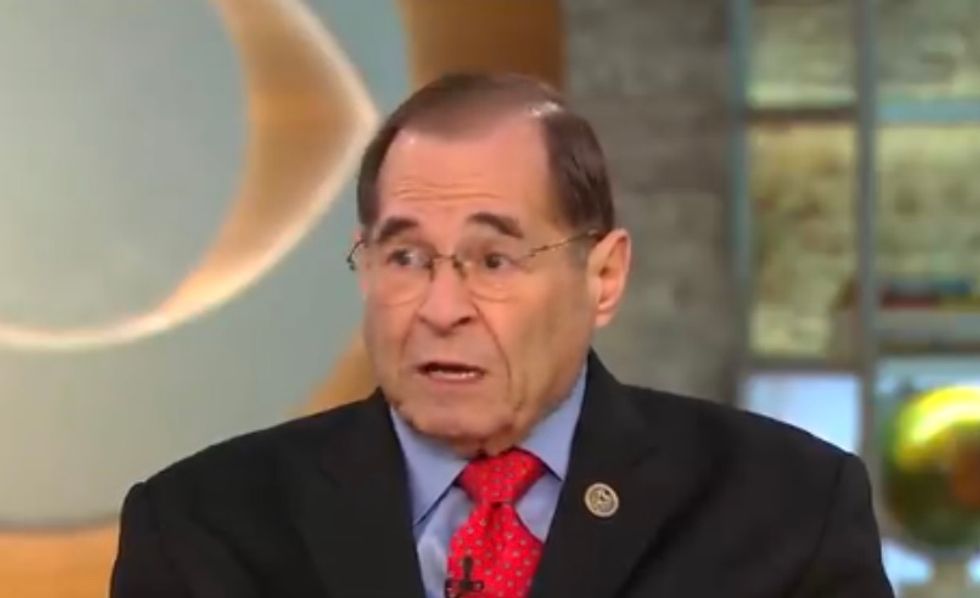 On Friday, Democrats on the House Judiciary Committee notified President Donald Trump that they will be opening an investigation into his decision to declare a state of emergency at the southern border and the justifications his administration came up with to usurp congressional powers.

"The House Judiciary Committee is commencing an immediate investigation into this matter, which raises both serious constitutional and statutory issues," said the letter, signed by Judiciary Chairman Jerrold Nadler (D-NY), Vice Chairwoman Mary Gay Scanlon (D-PA), and the four subcommittee leaders. "We ask that you make those individuals involved in the declaration — including White House Counsel Pat Cipollone and the appropriate individuals at the Department of Justice — available to us for a hearing in the coming days so that we may understand the substantive rationale and legal justification for your unilateral declarations."

The emergency declaration, which will divert billions of dollars to fund Trump's border wall, was likely an attempt to placate right-wing supporters of the president who complained that he was giving up too much in the deal to avert a second government shutdown.

But, the letter notes, going around Congress to fund a project that lawmakers have explicitly rejected under the guise of a state of emergency constitutes "reckless disregard for the separation of powers." And, given that "undocumented immigration has been decreasing for years" and "border crossing attempts are at 40-year lows," there is no basis for calling the situation at the border an "emergency."

Additionally, the letter states, the statute Trump is citing to build his wall, 18 U.S.C. § 2808, only applies to military infrastructure in wartime. "A border wall cannot plausibly be necessary to support a lawful military mission because the military is not charged with enforcing our nation's immigration laws."

The letter notifies Trump that House Democrats will demand to know whether the White House sought advice from the Office of Legal Counsel and the Pentagon before determining there was a lawful basis for declaring an emergency, and their legal basis for using the armed forces, drug interdiction funding, and the Treasury Forfeiture Fund to build a wall — and they will also be demanding all communications between the White House, the DOJ, and the Pentagon on the matter from November 18 onward.

As Greg Sargent from the Washington Postnotes, because Trump claimed that the numbers supporting an emergency declaration come from Homeland Security, Democrats are also likely to question DHS Secretary Kirstjen Nielsen at her scheduled testimony on March 6.

Trump has barely even put his plan into motion, and already he has rammed into a brick wall of congressional oversight.