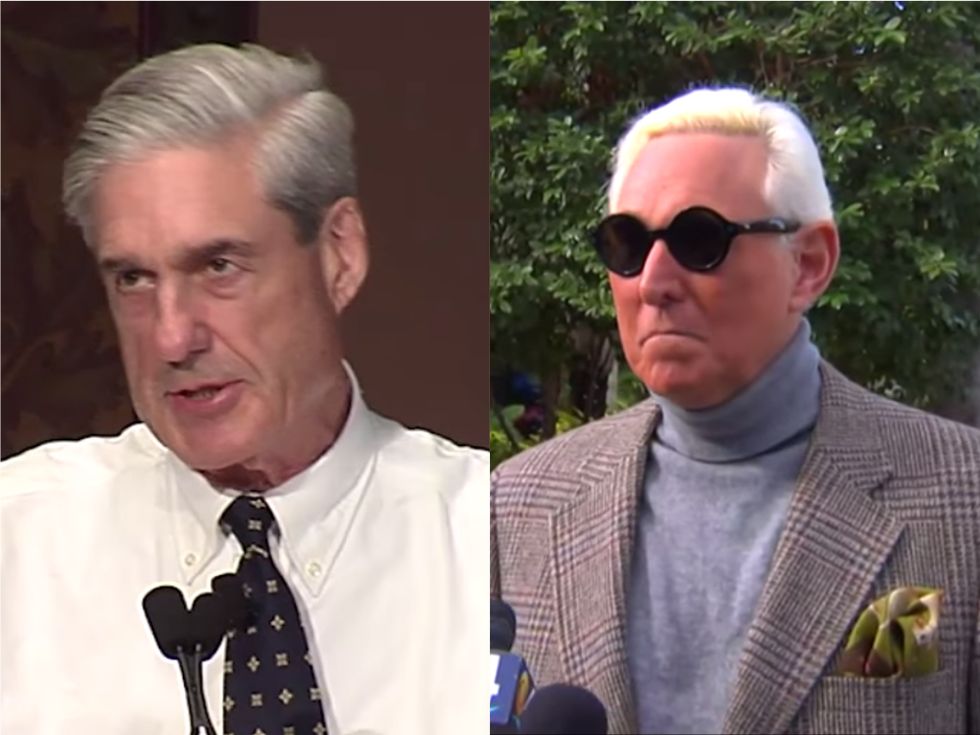 When Special Counsel Robert Mueller issued the indictment against Roger Stone, a long-time ally of President Donald Trump, he filed it while noting that it was connected to another case: the indictment of Russians who hacked Democratic emails during the 2016 campaign.

Stone has been charged with lying to Congress, tampering with a witness, and obstructing justice.

Stone's lawyers objected to the assertion that the cases were connected, a motion that could have triggered the case to be assigned to a different judge. But on Friday, Mueller responded to the lawyers' objections and revealed why the cases are connected:

As alleged in the Netyksho indictment, in 2016, the Netyksho defendants stole documents from the DNC, the Democratic Congressional Campaign Committee, and the Clinton campaign chairman. Those defendants then released many of the stolen documents, including through a website maintained by Organization 1. In the course of investigating that activity, the government obtained and executed dozens of search warrants on various accounts used to facilitate the transfer of stolen documents for release, as well as to discuss the timing and promotion of their release. Several of those search warrants were executed on accounts that contained Stone’s communications with Guccifer 2.0 and with Organization 1. Evidence obtained from those search warrants resulted in the allegations that the Netyksho defendants hacked and stole documents for release through intermediaries, including Organization 1, and that Stone lied to a congressional committee investigating, among other things, the activities of Organization 1 regarding those stolen documents.

Here, "Organization 1" refers to WikiLeaks, which published the stolen emails.

Mueller also argued that Stone's actions are part of the same "alleged criminal event or transaction" as those at issue in Netyksho.

Since Stone's lies came up in the context of an investigation the Russian election interference and possible connections to the actions of Americans, the cases are linked.

"The defendant’s false statements did not arise in a vacuum," the filing said.

Reporter Andrew Prokop noted that further discussion of the warrants in question was filed along with the documents, but it was under seal.