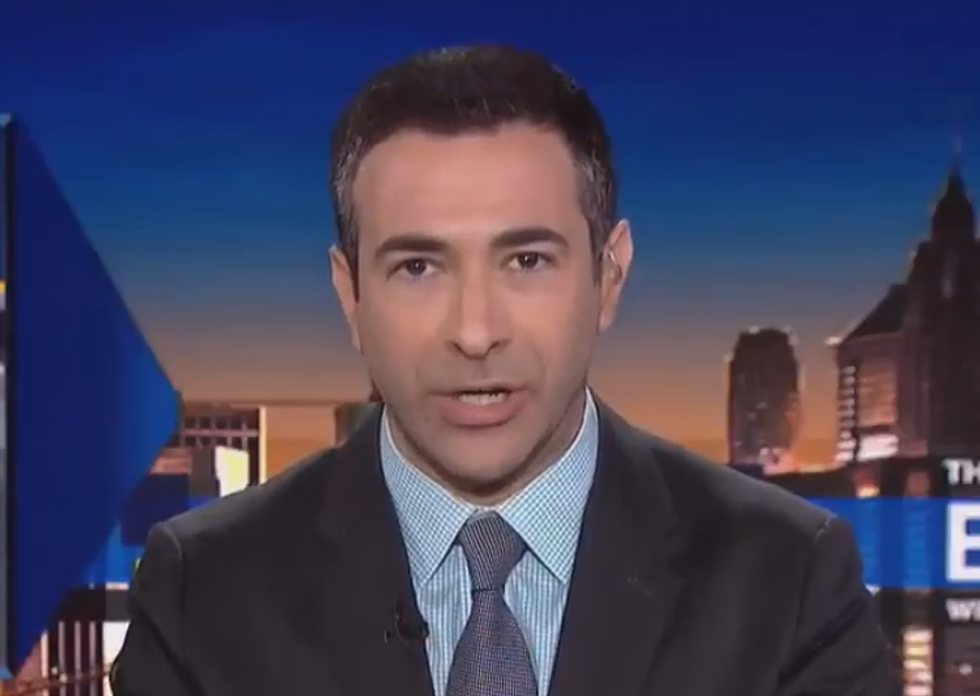 Since Axios first revealed that President Donald Trump spends 60 percent of his entire schedule on "executive time" slacking off, Fox News has been working overtime to defend him against criticisms that he is incapable of doing his job. Greg Gutfeld, for instance said on "The Five" that Trump should "have more executive time" if he wants because things are still getting done.

MSNBC's Ari Melber, however, exposed the rank hypocrisy of the network on "The Beat" Wednesday night.

"We know that leaving this much open, unscheduled time is not common among top CEOs," said Melber. "Trump works less than them. And we know that Trump is working less in the Oval Office than Obama or past presidents. We also know these same Fox pundits defending Trump's executive time schedule lit up President Obama for being, quote, 'too leisurely,' which does expose their double standard because we also know Trump golfs far more than Obama based on two years of data."

Melber then played clips of pundits on Fox News berating Obama for playing a few rounds of golf every now and then — something they took great pleasure in for years, a dog whistle feeding into stereotypes of African-Americans as lazy and underachieving.

On August 14, 2014, Greg Gutfeld — the same man who just urged Trump to take even more time off — said, "President Obama, you have a problem. You have a problem with golf, and it's getting weird."

"I think it is very, very clear to anyone who is paying attention that if President Obama didn't golf, there would be a cure for Ebola," said Andrew Levy, on an October 14, 2014 show.

"The leisurely life of our 44th president, the man who will no doubt set records for the number of rounds of golf played while in office," thundered Sean Hannity in 2012.

"Not a record," concluded Melber, "because of our new president."