Massive protest breaks out over Guggenheim Museum's ties to Big Pharma: 'Lock them up' 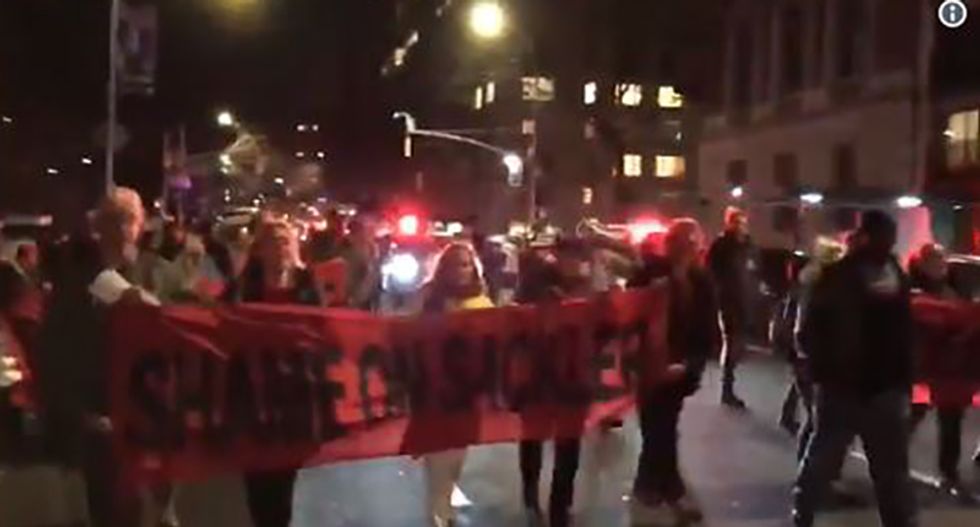 Demonstrators inside New York's Solomon R. Guggenheim Museum staged a "die in" and dropped thousands of paper slips designed to look like of OxyContin prescriptions Saturday night to protest the facility's ties to the billionaire Sackler family, which owns Purdue Pharma and has been accused of deliberately fueling the opioid epidemic for profit.

"Education facilities at the Guggenheim, including a theater and an exhibition gallery, are housed inside the 8,200-square-foot Sackler Center for Arts Education, identified by the museum as 'a gift of the Mortimer D. Sackler Family,'" the New York Times reported.

"The cloud of white slips, created by a group founded by the photographer Nan Goldin, was a response to a recently disclosed statement by Richard Sackler, the son of a Purdue founder, who said years ago that OxyContin's launch would be 'followed by a blizzard of prescriptions that will bury the competition,'" the Times continued.

Videos of the striking demonstration quickly spread on social media:

Demonstrations against the Sackler family continued outside Guggenheim Saturday night, with protesters marching with banners that read, "Shame on Sackler":