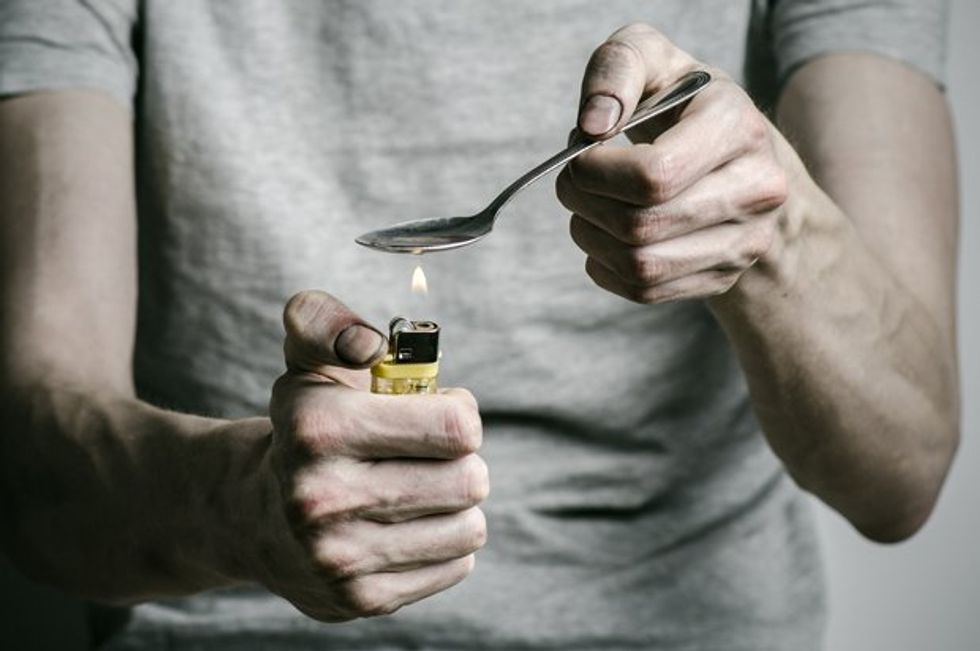 In the past few years, the powerful synthetic opioid fentanyl and its derivatives have been the primary driver of the drug overdose death epidemic. A wave of addiction that began with prescription opioids two decades ago and morphed into one driven by heroin after the crackdown on pain pills one decade ago has now clearly entered a third phase: the era of fentanyl.

Beginning in about 2014, fentanyl-related overdose death rates skyrocketed as Chinese chemical manufacturers and Mexican drug distribution gangs began flooding the country with the cheap, easily concealable narcotic—and not through unwalled borders but through points of entry and package delivery services, including the U.S. Postal Service.

By 2017, fentanyl was implicated in some 28,000 overdose deaths, more than either heroin or prescription opioids, and was involved in nearly half of all overdose deaths nationwide.

The responses have ranged from the repressive to the pragmatic. Some state and federal legislation seeks a harsher criminal justice system response, whether it’s increasing penalties for fentanyl trafficking or charging hapless drug sharers with murder if the person they shared with dies. In other cases, the opioid epidemic has emboldened harm reduction-based policies, such as the calls for safe injection sites in cities such as Denver, New York, Philadelphia, San Francisco, and Seattle.

Just a couple of hours up the road from Seattle, Vancouver, British Columbia, has been grappling with the same wave of opioid addiction and, now, the arrival of fentanyl. And it has arrived with a real wallop: According to the British Columbia Coroner’s Service, fentanyl was implicated in 85 percent of overdose deaths in the province last year, up from only 4 percent just six years earlier. And with the arrival of fentanyl and, in 2016, its cousin, carfentanil, overdose deaths in B.C. jumped more than four-fold in that same period, from 333 in 2012 to 1,489 in 2018.

But while American cities are just now moving toward opening safe injection sites, Vancouver has had them for years, part of the city’s embrace of the progressive Four Pillars strategy—prevention, treatment, harm reduction, and enforcement—of dealing with problems around drug misuse and addiction. In fact, more than a dozen safe injection sites are now operating in the city, as well as a couple of programs that involve providing pharmaceutical-grade heroin or other opioids to hard-core addicts who have proven unamenable to traditional forms of treatment.

Such harm reduction programs have not prevented all overdose deaths, but they have radically reduced the toll. British Columbia Chief Coroner Lisa Lapointe has estimated that without those programs, B.C. would have seen triple the number of fatal overdoses.

Vancouver has been on the cutting edge of progressive drug policy reforms for the past 20 years, and now, faced with the fentanyl crisis, some researchers are proposing a radical next step: heroin buyers’ clubs.

In a report published last week, the British Columbia Center on Substance Use, which has strong ties to the provincial government, called for the clubs as part of a broader plan for “legally regulated heroin sales in B.C.” to protect users from fentanyl-adulterated heroin and cut the profits of organized crime.

The proposal “is inspired by cannabis compassion clubs and buyers clubs, both of which emerged in the 1980s and 1990s in response to the AIDS epidemic,” the authors note.

“The compassion or buyers club would function as a cooperative (or ‘co-op’), as an autonomous and democratic enterprise owned and operated by its members,” the report explains. “A member-driven purchasing cooperative is an arrangement among businesses or individuals whereby members agree to aggregate their demand in order to purchase a certain product at a lower price from a supplier,” it continues. “By aggregating their purchase orders and relevant resources, members are able to take advantage of volume discounts, price protection, shared storage and distribution facilities and costs, and other economies of scale to reduce their overall purchasing costs.”

It wouldn’t exactly be the “Dallas Buyers Club,” the 2013 film that portrayed unorthodox methods of obtaining AIDS medications in the 1980s. There would be some structure: To be accepted into the club, people addicted to opioids would have to undergo a medical evaluation, and once admitted to the club, they would still have to buy their own heroin, but with many advantages over buying black market dope. The main advantage would be that they would be receiving pure, pharmaceutical-grade heroin (known as diacetylmorphine in countries where it is part of the pharmacopeia)—not an unknown substance that is likely to contain fentanyl.

Club members could inject the drug at a designated location—the report suggests that existing safe injection sites could be used—or take small amounts of the drug with them for consumption at home. The report also calls for each club to include related services, such as overdose response training, access to the opioid overdose reversal drug naloxone, and options for members to access social services such as detox, rehab, and other treatment options.

Not only could buyers’ clubs create a safer, cheaper heroin-using experience for members, the report argues, but they could also erode the black market and its tendency to produce more potent drugs—the so-called “iron law of prohibition.”

“Fentanyl adulteration in the illicit drug supply is a predictable unintended consequence of drug prohibition,” the report concludes. “The same forces that pushed the market away from relatively bulky opium towards heroin, a more concentrated opioid that was easier to transport clandestinely, have continued to push the opioid market to increasingly potent synthetic opioids, including a range of fentanyl analogs. ... A cooperative could undermine the illegal market wherever it is set up.”

Such a plan faces legal and political challenges in Canada, but those can be overcome if the provincial and federal governments get on board. Obstacles to such a plan being rolled out in the United States are even greater, especially given an administration hostile toward harm reduction in general that would most likely view legal heroin sales as anathema.

But here in the U.S., we’re a decade or so behind Vancouver when it comes to progressive drug policies, so it’s time to get the conversation started. After all, these sorts of approaches to the problem are likely to be more effective than throwing addicts in jail or building boondoggle border walls.