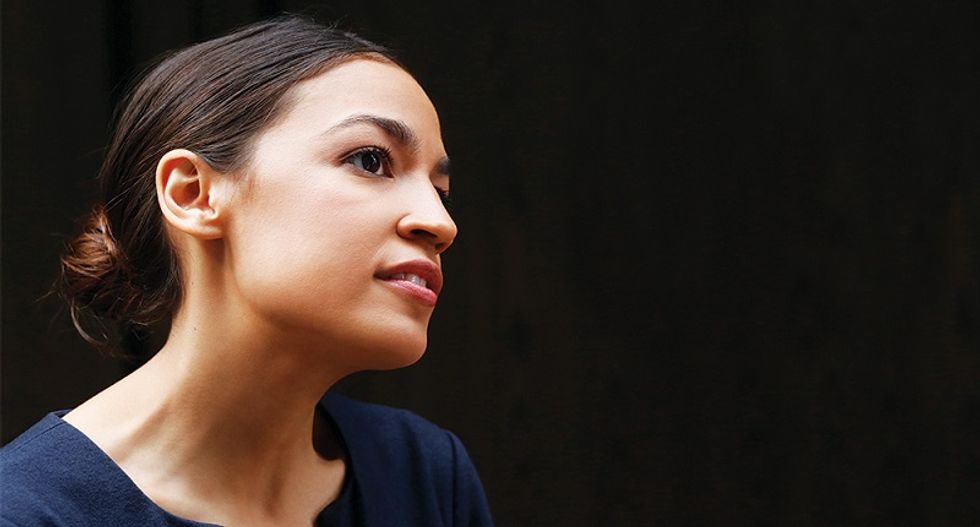 Many of the over-the-top attacks on Rep. Alexandria Ocasio-Cortez coming from the far right have ended up discrediting them rather than her, and a recent attack from author/banker John LeFevre is no exception. On February 7, LeFevre visited Twitter to defame Ocasio-Cortez for her financial history—which, as he saw it, should disqualify her from serving on the House Financial Services Committee.

LeFevre, a former CitiBank bond executive, tweeted, “@aoc has a 430 credit score, two evictions, and an empty résumé. Just two months ago, she couldn’t afford an apartment in DC. Now, the Democratic leadership has put her on the Financial Services Committee & the media is saying that her Green New Deal will ‘reshape’ the economy.”

Ocasio-Cortez responded on Twitter, posting, “This stuff is really sad. The GOP is so intellectually bankrupt that they no longer engage to debate issues in good faith.”

The congresswoman also posted, “It’s pretty wild that the GOP can’t decide whether they’re going to run with the conspiracy theory that I’m secretly rich, or the exaggeration & mockery of my family’s struggle after my dad died during the financial crisis. Instead, they decide to defy logic and run with both.”

LeFevre’s post was “intellectually bankrupt,” to use Ocasio-Cortez’ words, in different ways. First, Snopes disproved the “eviction lie,” she noted. Second, she’s hardly alone in complaining about how exorbitant Washington, D.C.’s rents are: according to a 2018 study by the personal finance website SmartAsset.com, one needs a six-figure salary to rent a two-bedroom apartment in the nation’s capital. And finally, LeFevre’s pathetic attempt to credit score-shame AOC shows that he has way too much faith in credit bureaus.

There are three credit bureaus in the United States: Equifax, TransUnion and Experian, all of whom Sen. Elizabeth Warren believes have way too much power—especially considering that their information isn’t always accurate. In 2018, Warren introduced a bill called the Equal Opportunity for All Act, which proposed making it illegal for employers to use credit scores to evaluate job applicants.

A report by the Federal Trade Commission (FTC) found that as many as one in five U.S. consumers had erroneous information in their Equifax, TransUnion or Experian file. And a report by the think tank Demos found that drops in credit scores were due to personal misfortunes—for example, a job layoff, identity theft or a medical bankruptcy—rather than financial irresponsibility.

In other words, it isn’t uncommon for Equifax, TransUnion or Experian to have bad, inaccurate information in their files on consumers. And yet, LeFevre evidently has great faith in them.

Further, Equifax experienced a major data breech in 2018 that compromised the personal information of 143 million consumers, including their Social  Security numbers. That is a recipe for the type of identity fraud the FBI battles on a regular basis.

In light of all the problems with credit bureaus, Ocasio-Cortez was being kind when she described LeFevre’s tweet as “intellectually bankrupt.” And the only one the former CitiBank bond executive discredited with his February 7 tweet was himself.