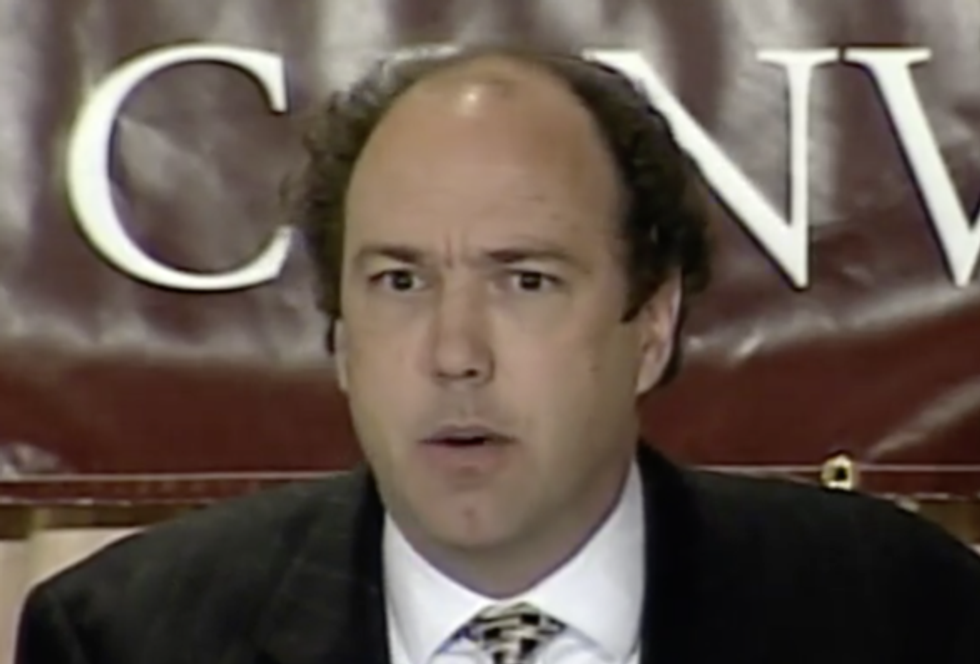 On Wednesday, Paul Erickson, a longtime GOP strategist with close ties to the National Rifle Association, was indicted on 11 counts of wire fraud and money laundering in South Dakota.

The Rapid City Journal was first to report the story:

The indictment alleges that on or about 1996 through August 2018, Erickson knowingly and unlawfully devised a scheme and artifice to defraud and to obtain money from many victims by means of false and fraudulent pretense, representations and promises.

Erickson owned and operated Compass Care Inc., Investing with Dignity LLC, and an unnamed venture to develop land in the Bakken oil fields in North Dakota. Erickson allegedly made various false and fraudulent representations to individuals located in South Dakota and elsewhere to induce those investors to give him money to invest in his businesses, as part of a scheme to defraud them and personally enrich himself.

Among Erickson's false claims to investors, according to the indictment, were that Compass Care operated 27,000 facilities in 26 states, that Investing with Dignity was developing a special type of wheelchair, and that the Bakken project was already underway and would give returns of 25 to 90 percent.

Erickson is more broadly known for being romantically involved with Maria Butina, who admitted in federal court in December to being a Russian secret agent. She attempted to infiltrate the NRA on behalf of Alexander Torshin, the former deputy manager of the Central Bank of Russia. Erickson facilitated these efforts, introducing her to powerful Republican politicians and stating in a message that he was involved "in securing a VERY private line of communication between the Kremlin" and NRA officials. Federal prosecutors in D.C. have also reportedly opened a separate investigation into whether Erickson conspired with Butina and working as an unregistered foreign agent.