'Garbage compromise': Trump's conservative allies are leaning on him to reject bipartisan border security deal — and trigger another shutdown 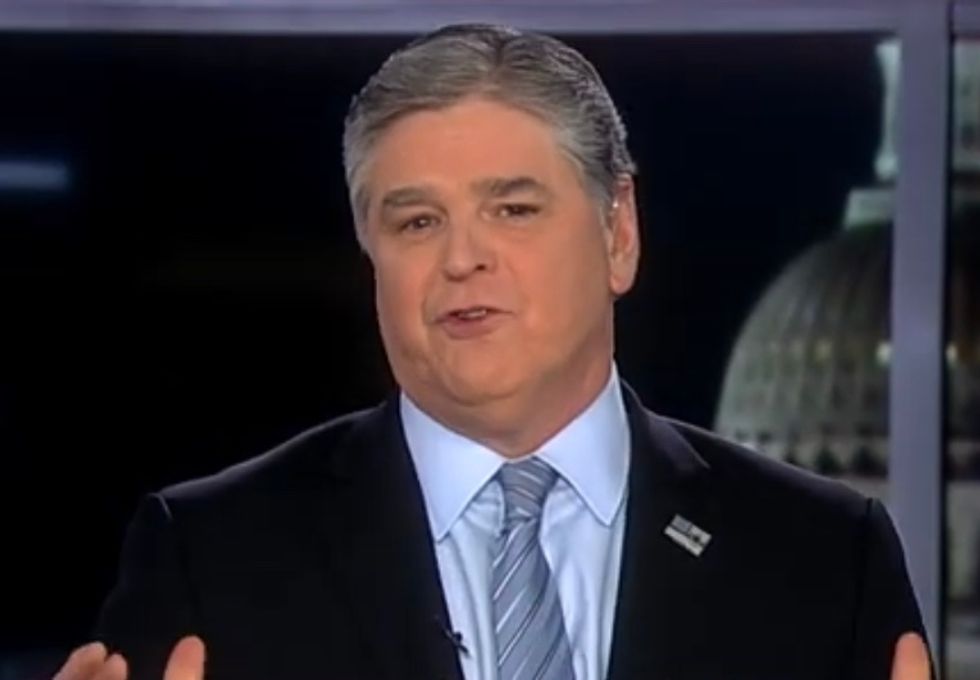 On Thursday, members of Congress from both parties announced they had a tentative working deal on border security.

And President Donald Trump's allies are already trashing the deal as no good.

"By the way, on this new so-called compromise," said Fox News host Sean Hannity. "I'm getting details. $1.3 billion? That's not even a wall, a barrier." Referencing Trump's rally in El Paso, Hannity added, "Any Republican that supports this garbage compromise, you will have to explain — look at this crowd, look at the country."

"From the details I have seen," tweeted Hannity's fellow right-wing commentator Laura Ingraham, "the word 'principle' shouldn't be used to describe this deal."

The anger was not just limited to Fox News. House Freedom Caucus chairman Mark Meadows (R-NC) raged against the agreement as well.

"This does not represent a fraction of what the president has promised the American people," Meadows told the Washington Post. "I don't speak for the president but I can't imagine he will be applauding something so lacking."

Under the agreement, Congress would provide $1.3 billion to construct 55 miles of bollard fencing, with restrictions to protect local communities and environments, $1.7 billion for port of entry security and humanitarian aid, and a 17 percent cut to the number of detention beds for Immigration and Customs Enforcement.

By all accounts, it is an evenly balanced compromise that forces Democrats and Republicans to make concessions and gives both part of what they wanted. But that will not fly with the hardliners in Trump's camp.

If this seems like déjà vu, it is because exactly the same thing happened in December when Trump signaled his intention to sign a continuing resolution keeping the government open for two months. Breitbart and the Drudge Report trashed him as a coward. Ingraham said that Trump's "big, beautiful wall" has become "an open door with no frame." Ann Coulter thundered that Trump was a "joke presidency" that "scammed the American people" and that she would not vote for him in 2020 if he signed it because he would have "no legacy whatsoever." And talk-radio giant Rush Limbaugh proclaimed it "a great day for the swamp." The next day, Trump — stung by all of this criticism from his friends — announced he would not sign the deal, blew the whole thing up, and triggered a month-long federal government shutdown that only ended after airports started failing.

Will Trump repeat himself and once again trigger a shutdown? It is unclear. The experience clearly damaged him last time, with his poll numbers crashing and the public blaming him for the disaster. He may just decide to take the deal, then declare a national emergency and try to seize extra land and federal funding for the wall anyway. Reports suggest he has grown less enthusiastic about this idea in recent weeks, as Democrats have ways of blocking it, but he did seem to hint this was still a possibility when he told the crowd in El Paso he was "building the wall anyway."

The one thing that remains clear is that Trump's supporters, desperate as they are for him to build his wall, are bumping up against a solid, impenetrable political reality.