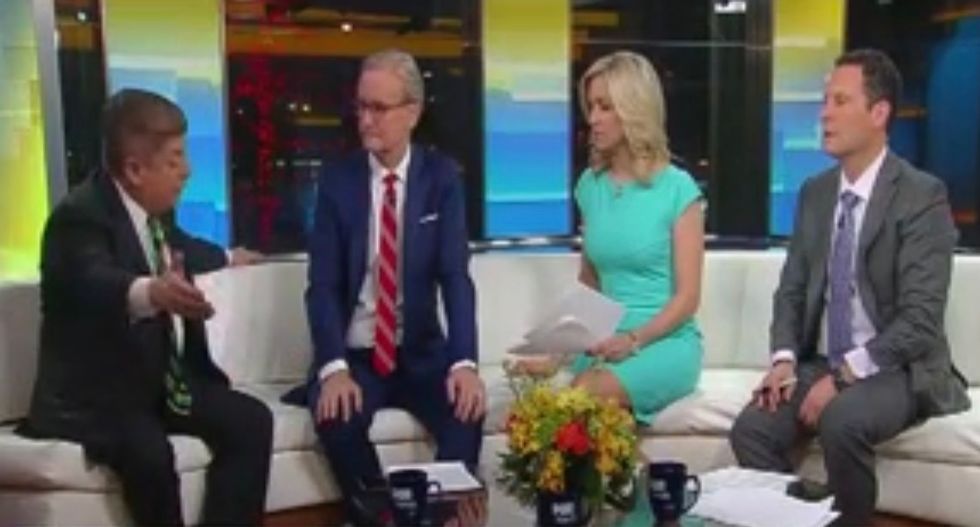 As House Democrats gear up to continue investigating President Donald Trump's ties to Russia and pass along all their interview transcripts to special counsel Robert Mueller, Trump's defenders on Fox News are furious.

"Well, I don't know the answer to that—" began Napolitano.

"Why not investigate them? It could be no reason," Kilmeade pressed him. "Does the president have an attorney? Why doesn't the president just run a private investigation onto Adam Schiff?"

"Well, the president, if he's going to use the power of the government to do anything, has to do it through the DOJ, and there has to be evidence of some criminal behavior," said Napolitano.

First of all, if Kilmeade really wants to know how Reps. Adam Schiff and Maxine Waters got rich, there are public disclosures on their personal finances.

That is exactly what former President Richard Nixon did in the Watergate scandal. Indeed, a large part of why Trump is in this mess in the first place is because he is accused of corruptly influencing the DOJ, demanding "loyalty" from FBI Director James Comey as his agency investigated the Trump campaign's ties to Russia, then firing him to try to end it. If there was even a hint of Trump directing an "investigation" of his enemies, his presidency would be thrown into even more chaos and legal jeopardy.

Trump would do well to listen to Napolitano. He is facing enough problems as it is.