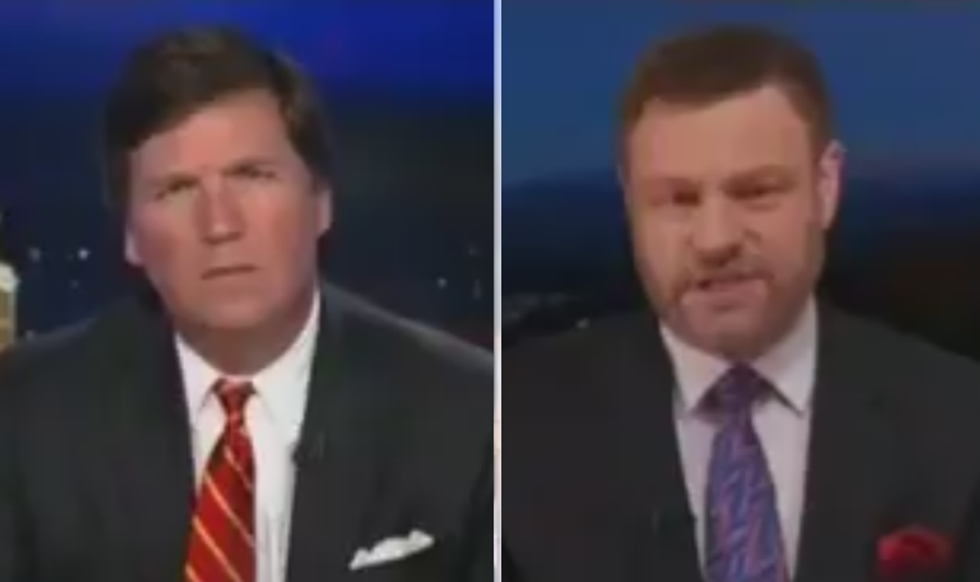 One of the most virulently racist frequent guests on Fox News is far-right Canadian author Mark Steyn, a favorite of Tucker Carlson. Steyn has previously claimed on air that too many Hispanic schoolchildren mean that "in effect, the border has moved north."

But on Thursday, Steyn took it a step further in discussion with Carlson: according to him, white supremacists are not as big of a problem as undocumented immigrants.

Democrats, Steyn said, are "getting ever more explicit in their preference for illegal immigrants ... over American citizens." He complained that CNN anchor Chris Cuomo has said "that the real problem is white supremacists in America, they're the real monsters, not these nice, hardworking illegal immigrants."

"And that may be well and true, I mean for the purposes of our argument, let's just say he's right. It's irrelevant!" said Steyn. "The white supremacists are American citizens. The illegal immigrants are people who shouldn't be here."

“The white supremacists are American citizens. The illegal immigrants are people who shouldn’t be here.” https://t.co/OcL8QihQ4m
— Aaron Rupar (@Aaron Rupar) 1550800207.0

For good measure, Steyn also attacked the idea of reparations in the same segment, saying that black people need to "move on" from slavery.

Steyn's priorities are incredibly warped. White supremacist murders are on the rise throughout America, and there is no sign that things are improving — on Wednesday, a self-described "white nationalist" Coast Guard officer was arrested with a stockpile of firearms and a list of politicians and media personalities critical of President Donald Trump who he planned to shoot. By contrast, undocumented immigrants commit fewer crimes on average than American citizens.

Steyn may well prefer having white supremacists in America over immigrants. But there's no moral or societal reason why we should follow his view.