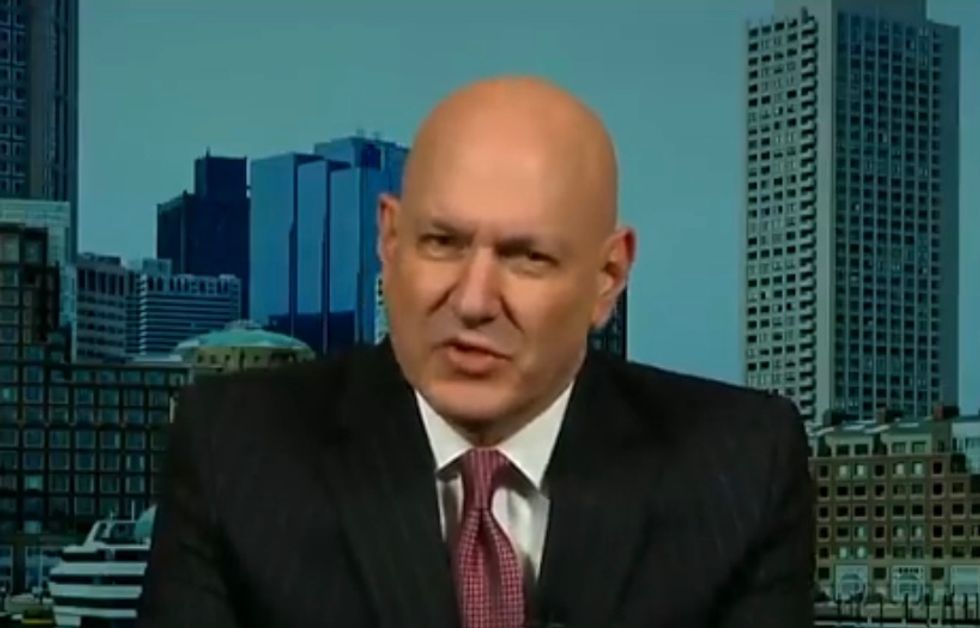 On Thursday, The Boston Globe reported that Dr. Keith Ablow, a psychiatrist and right-wing political commentator, is facing three malpractice lawsuits for allegedly luring female patients into abusive sexual relationships. All of the women, whom Ablow persuaded to move to Massachusetts from other states while treating them for depression, reported horror stories.

One woman described how Ablow gave her ketamine shots, interrogated her about sexual preferences in Skype interviews, then after she moved to Newburyport, forced her to perform oral sex and beat her with fists and a belt with a metal skull buckle. Another woman said that Ablow struck her, called her his "slave," and compelled her to tattoo his initials on herself. A third woman alleges Ablow made her have sex with him while promising his therapy sessions would improve her music career, then accused her of "trespassing her property" after she stopped seeing him.

Multiple co-workers of Ablow filed affidavits supporting the patients' complaints, including a staffer who alleges Ablow sexually dominated her with a gun, and another who says he asked her to schedule attractive women patients suffering trauma who were "sad" and "lonely" during times when he would be alone with the patient in the office.

Ablow was a Fox News contributor and part of the network's "Medical A-Team," where he has repeatedly wrapped inflammatory right-wing invective in his medical expertise.

He has claimed that children who watch Chaz Bono are at risk of turning transgender. He has said that European Jews did not "actively" resist the Holocaust. He diagnosed former President Barack Obama as a "sociopath", and former First Lady Michelle Obama as overweight, despite never having examined either of them — which a former president of the American Psychiatric Association denounced as "shameful." And he has claimed, with no evidence whatsoever, that several prominent mass shooters were autistic.

Multiple Fox News figures have left the network in a cloud of sexual misconduct allegations over the past few years, including the late former chairman Roger Ailes, primetime anchor Bill O'Reilly, and contributor Eric Bolling.

Editor's note: This story had been updated to reflect the fact that Ablow has not worked for Fox News for about two years.