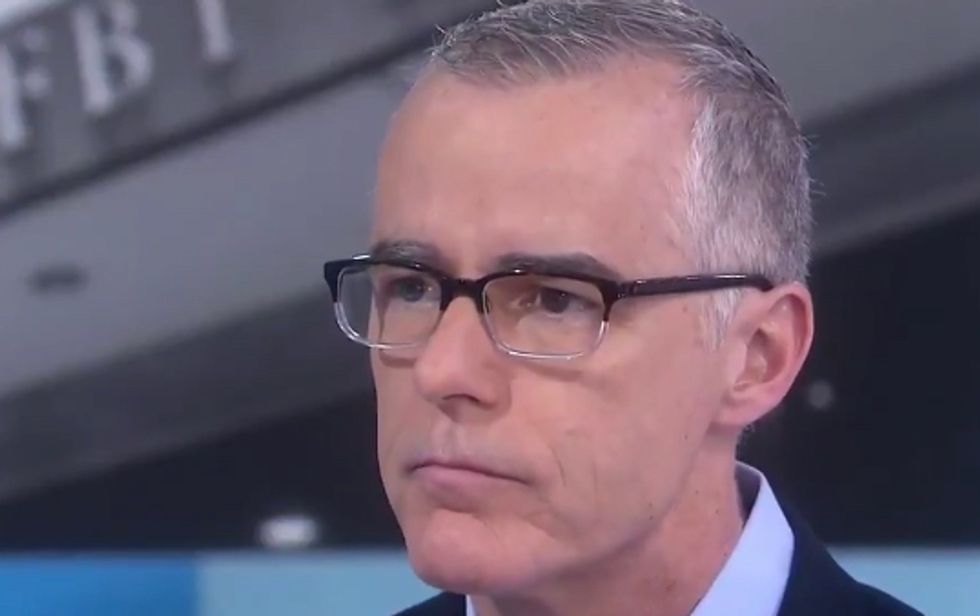 On Tuesday, former FBI Deputy Director Andrew McCabe made a startling claim to NBC's Savannah Guthrie on the Today show: that not only had his agency opened a national security investigation into President Donald Trump in March 2017, but that Republican leaders briefed on the investigation at the time raised no objections to the FBI's decision.

McCabe told Guthrie that "we had information that led us to believe that there might be a threat to national security, in this case that the president himself might be a threat to US national security," and that it "might be possible" Trump was even directly under Russia's employ, because "you have to ask yourself why any president of the United States might not want to get to the bottom of Russian interference in our election."

He added that when the bipartisan "Gang of 8" who receive national security briefings were told of the investigation, "No one objected. Not on legal grounds, not on constitutional grounds, and not based on the facts."

It is remarkable that none of these Republicans rejected. Especially considering that Nunes did everything he could to weaponize his committee against the Russia investigation and everyone who offered evidence against Trump, and that McConnell essentially threatened former President Barack Obama against even warning the public that Russia might be interfering in the 2016 election.

Just a few weeks after this briefing took place, Trump fired FBI Director James Comey, and boasted to Russian ambassador Sergey Kislyak in the Oval Office that the dismissal took the "tremendous pressure" of the Russia investigation off him. The probe was subsequently handed off to special counsel Robert Mueller, who has reportedly helped the FBI investigate whether the firing constituted obstruction of justice.