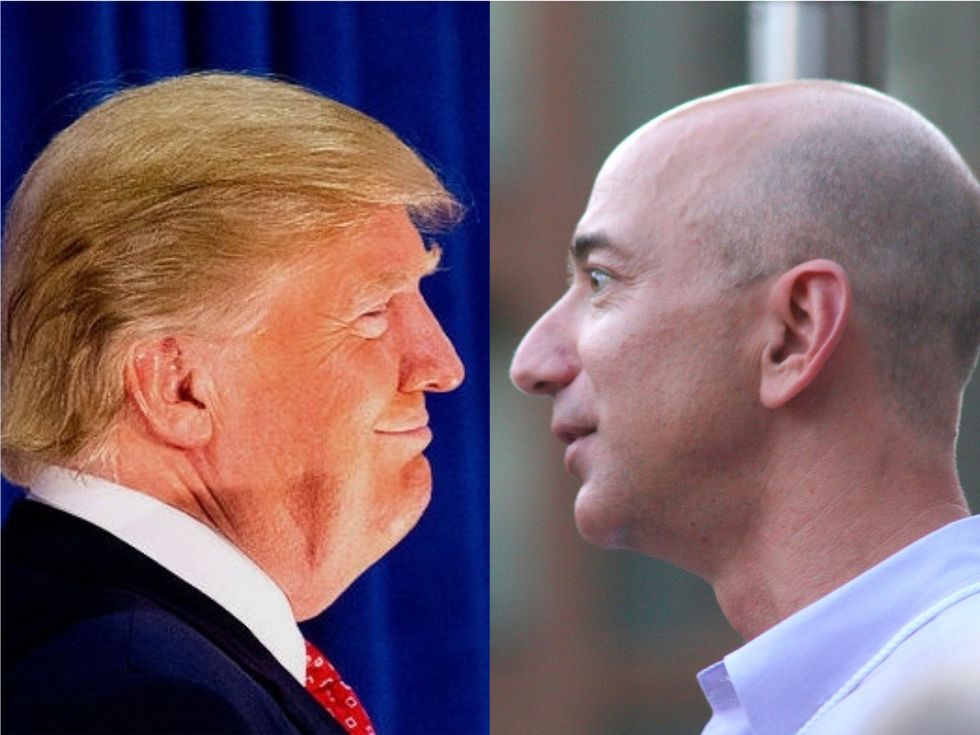 Federal prosecutors in the Southern District of New York are reviewing the conduct of the National Enquirer and its parent company, American Media, Inc., after Amazon founder Jeff Bezos alleged Thursday that the tabloid attempted to blackmail and extort him by threatening to publish his nude selfies, according to Bloomberg.

Bezos said that a lawyer for AMI had formally demanded that he publicly denounce the suggestion that the National Enquirer's recent coverage of his extramarital affair was driven by political motivation, perhaps because of coverage from the Washington Post, which Bezos owns, about the Trump administration or Saudi Arabia.

AMI and its CEO David Pecker have entered into a non-prosecution deal for their role in the campaign finance crimes carried out by Michael Cohen, President Donald Trump's former lawyer. Cohen pleaded guilty to the crimes and said in court that Trump himself had directed him to arrange criminal hush money payments.  Trump has a long history of a mutually beneficial relationship with AMI and Pecker.

It's not clear if AMI's reported blackmail attempt of Bezos would violate the law, but if it did, it could nullify the non-prosecution agreement with SDNY and open up the company and Pecker to potential criminal charges.