Dem Rep takes down Trump-loving GOPer for blaming gun violence on immigrants: 'Are members of Congress entitled to make things up?' 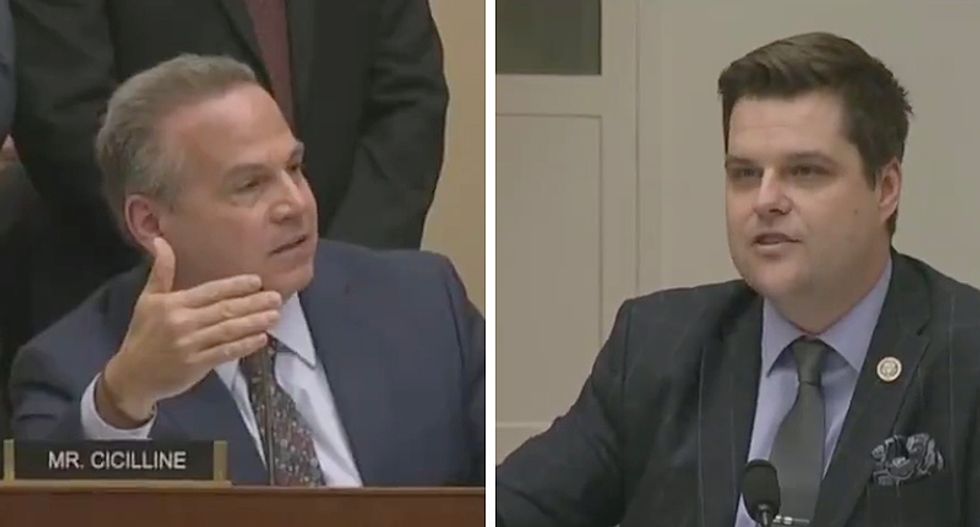 Rep. Gaetz, known for spreading fake news, conspiracy theories and lies, and supporting the alt-right, announced to the House Judiciary Committee that undocumented immigrants are to blame for gun violence and building President Trump's wall would reduce the violence.

The far-right Florida Congressman cited no research and did not offer any proof of his claims. In fact, immigrants, especially undocumented immigrants,  demonstrate lower rates of violence and crime than native-born Americans.

In response, Congressman Cicilline interrupted, asking for a "parliamentary inquiry" – a request to determine the rules – and asked: "Are members in Congress entitled to just make things up?"

Chairman Jerry Nadler said he did not believe there was a rule prohibiting false information, but Members are welcome to challenge them with facts.

Later, Rep. Gaetz directed his comments to Rep. Cicilline, saying Members are  "not entitled to their own facts," while again blaming "violent illegal aliens" for crimes, including murder.

Wednesday's House hearing on gun violence was the first in 8 years. Republican did not address the issue despite the increase in mass shooting deaths.

At the very end of the video and Rep. Gaetz's diatribe, someone can be heard saying, "Oh, Jesus Christ" in the audio.