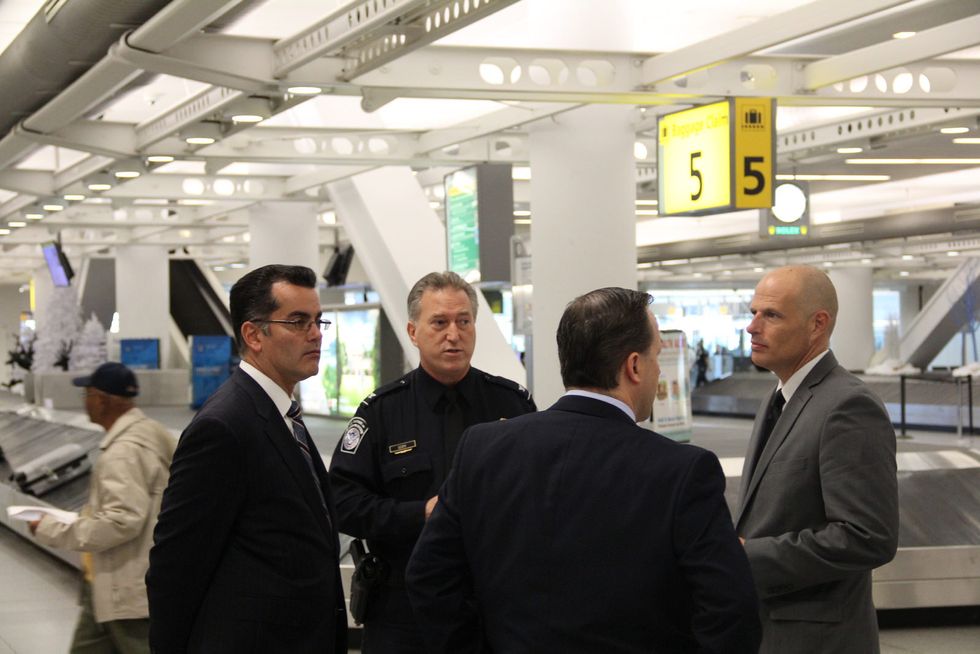 On Sunday, BuzzFeed News' breaking news deputy director David Mack arrived at New York's John F. Kennedy International Airport, after traveling to the United Kingdom to renew his U.S. work visa. As a customs officer was processing his passport, he noticed his employer — and began to question him about his paper's reporting on President Donald Trump.

Mack detailed the incident in a Twitter thread that night:

anyway there were literally dozens of people waiting and i shit you not he was about to google the mueller response… https://t.co/2RDnNX7Deg
— David Mack (@David Mack)1549246194.0

he did ask me repeatedly what if anything the mueller inquiry has done and when i told him about the dozens of char… https://t.co/XfFoRfQrhM
— David Mack (@David Mack)1549246403.0

On Tuesday, BuzzFeed reported that Customs and Border Protection (CBP) Assistant Commissioner for Public Affairs Andrew Meehan personally called Mack to apologize and promise that they would launch a full investigation into the officer's conduct.

"On behalf of the agency, I would like to extend our apologies to Mr. David Mack for the inappropriate remarks made to him during his CBP processing upon his arrival to the United States," Meehan told BuzzFeed. "The officer's comments do not reflect CBP's commitment to integrity and professionalism of its workforce. In response to this incident, CBP immediately reviewed the event and has initiated the appropriate personnel inquiry and action."