Chicago Police superintendent shreds Jussie Smollett in press conference: He 'pissed everybody off' 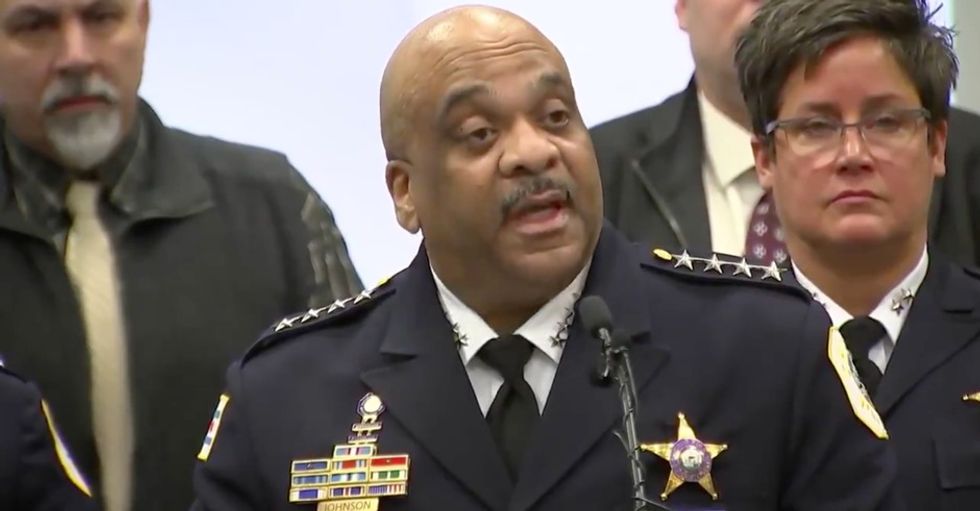 Chicago Police say "Empire" actor Jussie Smollett staged a hoax hate crime assault “to further his own public profile” and because he was "dissatisfied" with his salary.

Smollett surrendered to police early Thursday morning and was arrested on a felony charge of filing a false police report.

Johnson said Smollett “took advantage of the pain and anger of racism to promote his career.”

"Absolute justice would be an apology to this city, which he smeared," Johnson told reporters. He also called Smollett's alleged hoax a "slap in the face."

He also says Smollett paid his alleged attackers by check.

Johnson also said, "when we discovered his actual motive, it pissed everybody off."