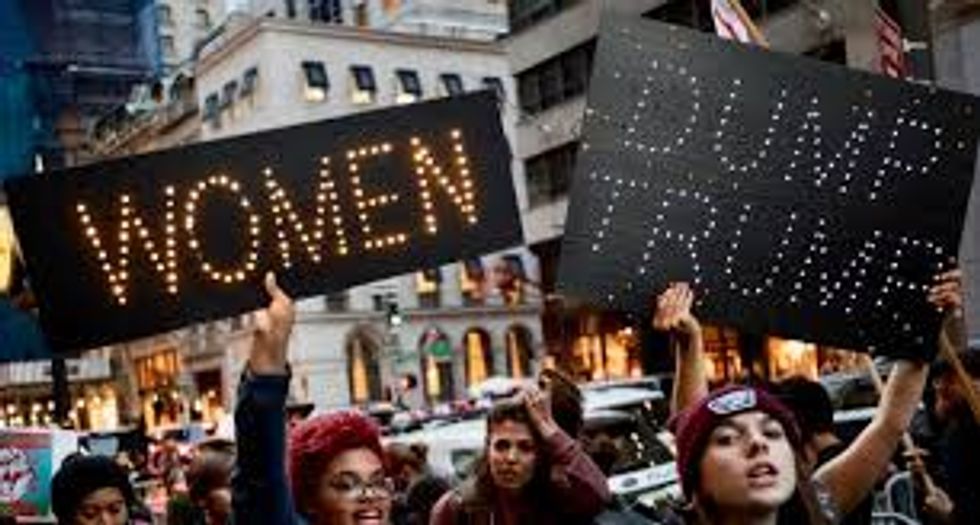 A day ahead of a major march in Washington, D.C. and satellite events nationwide, the Women's March on Friday unveiled a detailed 70-page agenda, a document the group describes as a first of its kind "intersectional feminist policy platform."

The "Women's Agenda," the group declared on Twitter, is "a roadmap for our movement, a workplan for our electeds, and it's everything we're marching for on January 19, 2019."

That path forward is summed up with a list of two dozen federal policy priorities that fall within the following ten issue areas:

In addition, the agenda highlights a trio of "policy priorities" that have direct impacts on all women: universal healthcare; the Equal Rights Amendment; and ending war.

Two dozen specific goals are outlined as well, including passage of the War Powers Act to end U.S. support for the war on Yemen; repeal of the part of the federal law that allows for differently-abled workers to be paid less than minimum wage; enactment of automatic voter registration; cancellation by the federal government of all student debt it owns; and de-militarization of the nation's borders.