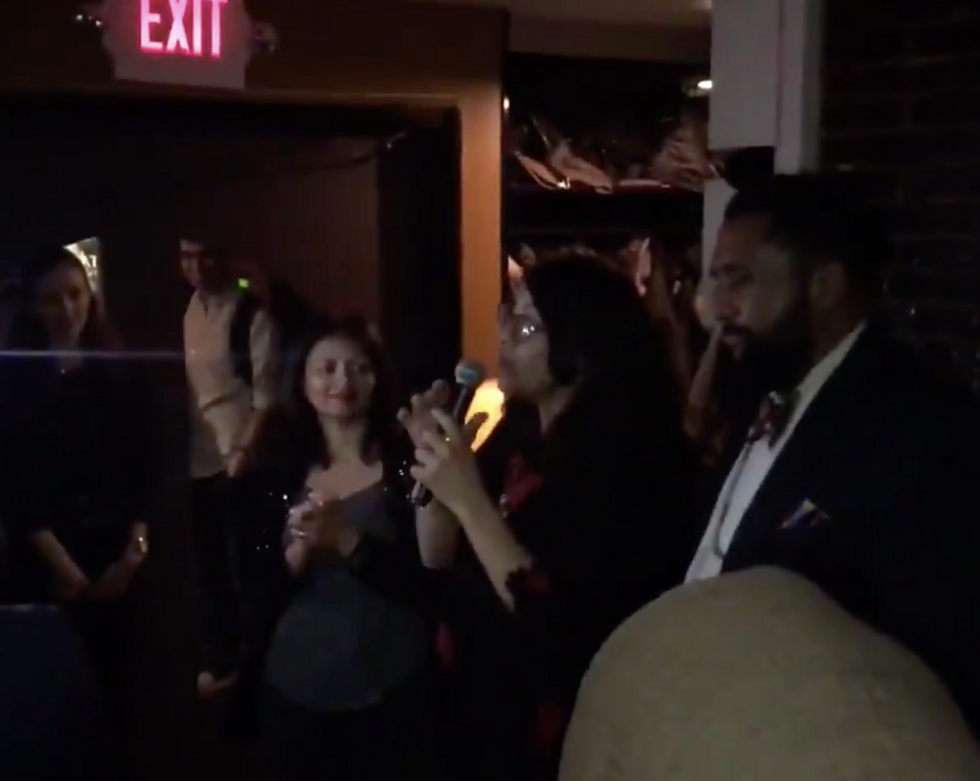 Democrats took power in the House of Representatives Thursday, bringing hope to the party and its supporters that their views may finally hold some sway in Washington, D.C., again after two years without control in any branch of federal government.

At a reception for the progressive MoveOn that evening, newly elected Rep. Rashida Tlaib (D-MI), drew attention by making a speech and concluding with a raucous call for congressional action against President Donald Trump, as Dave Wiegel of the Washington Post reported.

She recounted the conversation she had with her son about her election.

The crowd cheered wildly at her remarks. A video of the comments also appeared online: