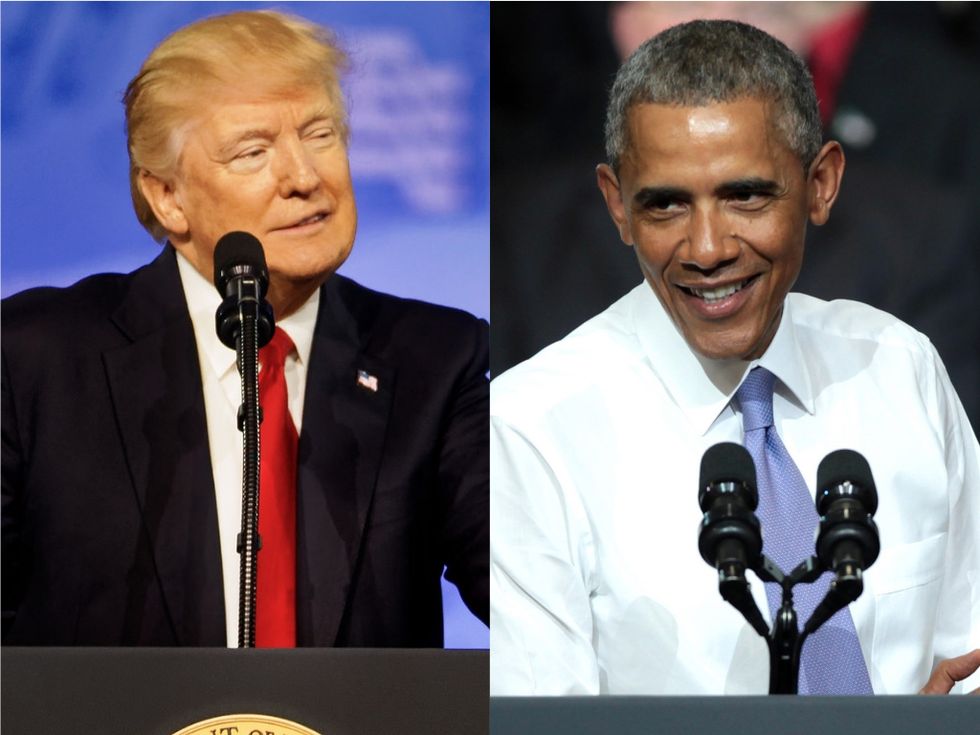 On Tuesday, President Donald Trump will give an Oval Office address on the government shutdown he created, during which he presumably will lie through his teeth to defend his highly unpopular immigration agenda. And the network channels — ABC, CBS, and NBC — are planning to air footage of it in primetime.

It is always infuriating when reporters give the president an open mic to ramble without fact-checking. But even more problematic than this, as Vox points out, is that in 2014, President Barack Obama addressed the nation during primetime to discuss his executive orders protecting young immigrants, and the networks all refused to air the address on the grounds that it would be too partisan:

Conservative pundits were, at the time, pushing the notion that Obama was essentially seizing power like a Latin American dictator, so essentially anything that refocused the conversation on banal policy details would have played to his advantage. TV networks, however, didn’t give him what he wanted, in part because it was November sweeps time, but officially because he was playing partisan politics rather than addressing a true national emergency.

Moreover, Vox notes, the networks did give airtime to President George W. Bush in 2006 to discuss immigration — and his position was essentially the same as Obama's. It is difficult to escape the conclusion that the networks are simply more willing to give Republicans the floor than Democrats, which is also backed up by the heavy imbalance towards conservatives in Sunday talk show lineups.

This fact is clearly not lost on congressional Democrats, who, according to The Hill, are demanding networks give them time to respond to the president's speech.

"Now that the television networks have decided to air the President's address, which if his past statements are any indication will be full of malice and misinformation, Democrats must immediately be given equal airtime," said House Speaker Nancy Pelosi (D-CA) and Senate Minority Leader Chuck Schumer (D-NY) in a joint statement on Monday.

If the media allows Trump a free platform to lie with no consequences, the downward spiral of our public discourse will continue, and public confidence in the media will only be undermined and give way to greater partisanship.