Trump wanted even the robot version of himself at Disney World's Hall of Presidents to be a lying braggart: report 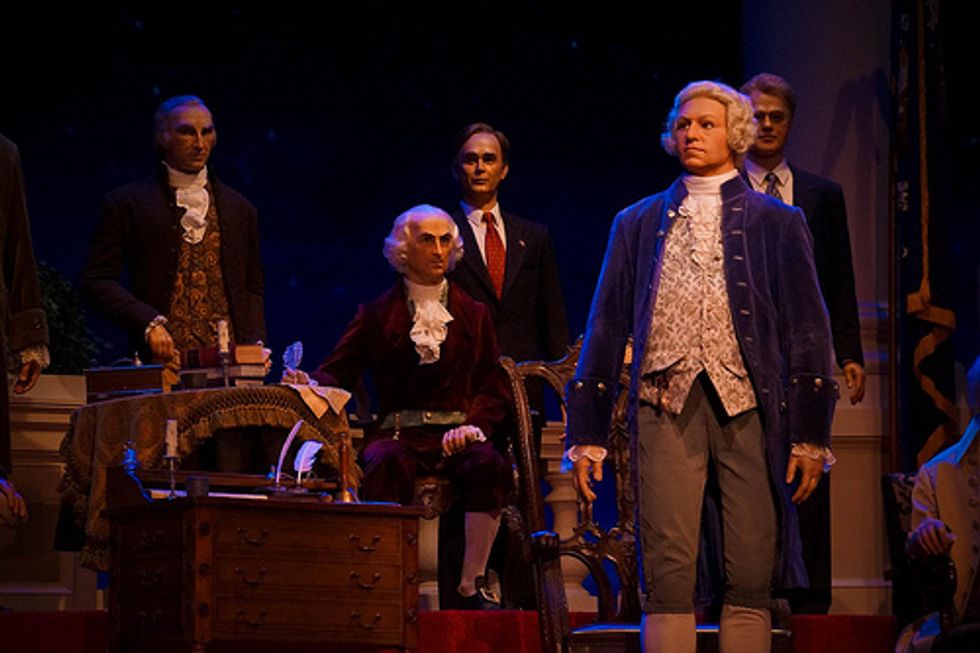 When a new president of the United States is elected, Disney World adds the newcomer to its Hall of Presidents display. In late 2016, Donald Trump was the incoming U.S. president — and according to a new tell-all book written by former White House aide Cliff Sims, Trump had an usual request when his likeness was being added to the display.

He wanted the robot version of himself to highlight his real estate career.

The Daily Beast has reported that in Sims’ new book, Team of Vipers, the author remembers when Disney sent a crew to the White House to capture Trump’s voice. Once he has been recorded, the voice is played through an animatronic Trump statue is Disney World’s Hall of Presidents. That’s where Trump’s requests came in.

Trump reportedly asked the Disney crew if his facsimile in the Hall of Presidents could tell Disney World patrons that the United States invented skyscrapers, followed by a recording of Trump saying, “Which, of course, I know a thing or two about, right?”

But reportedly, the incoming president’s request was denied — and one of the Disney execs responded that the U.S. didn’t invent the skyscraper.